He was the live drummer for Falcon until 2006.

Falcon’s Los Angeles-based live drummer from ’03 to early ’06 was Andrew “Drewcifer” Sample. Sample moved to Kansas in spring ’06,  but remains very active in metal and rock as a DJ and journalist. He currently sings for Variable Speed Control. As much a maniac for heavy ’70s rock as the rest of the Falcon members, Andrew was a shoe-in for the job. If not for Andrew, Falcon wouldn’t have started gigging in L.A. in early ’04. And thanks to Andrew, Falcon managed to play shows alonside Fireball Ministry, Earthride, Sasquatch, Shakey Mallard, Slough Feg, Smoke, Weedeater and Butcher. 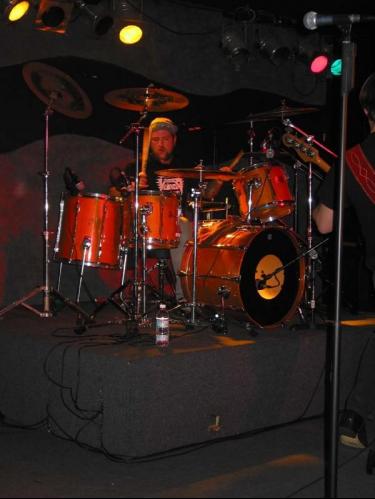