An epic show that didn’t happen.

I wish Rob Garven and Tim Baker would play again, but the sad reality is it’s probably never going to happen. I kept trying to tell people that the longer they waited to book Falcon in Europe, the lesser the chance that even Greg Lindstrom could make it. I don’t think many listened. Jürgen from Hellion/HOA was the only one to step up to the plate and offer to put Falcon on a festival. Provided he fulfills his end of the bargain, we’re meant to do HOA 2010. A Falcon set at the warm-up gig and mostly Cirith Ungol classics at HOA itself. But, make no mistakes, the lineup is Falcon. As in Perry Grayson, Greg Lindstrom and Darin McCloskey. If Jürgen wants to advertise it as “Greg Lindstrom & Friends” that’s fine by me/us. It’s his festival.

Nothing’s confirmed until the flights are booked and paid for. Don’t count your chickens before they hatch. Nothing’s confirmed until you hear it straight from the horse’s mouth. This is meant to be exclusive to HOA, so it’s entirely dependent on Jürgen and company following through with their offer. We don’t play for free, and there are a lot of expenses involved. As we’ll be playing CU material, we will have to rehearse more than usual. Which is complicated because we all live in different places.

While I’m sure even Greg would rather it be only Falcon material, this is the only offer that’s come up. We know Falcon is perfectly capable of standing on its own. But many of these European festivals are reunion and tribute crazy. They’re unwilling to merely book the current band of a cult metal hero like Greg Lindstrom. Given the opportunity, we do with a power trio what most bands need five members to accomplish. The proof is in the pudding. Three dudes who don’t need to prove themselves at this stage! Look at our bloody histories, damn it!!

It has come to our attention that the Headbanger’s Open Air Festival has been  advertising a confirmed appearance by “Greg Lindstrom and Friends” on their 2010 bill and Falcon on the HOA Warm-Up gig. This is not true. While the HOA fest did contact us and discuss the possibility of Falcon (Greg Lindstrom, Perry Grayson and Darin McCloskey) playing a set of Cirith Ungol classics at the fest itself and a full Falcon set at the Warm-Up gig, no contracts were ever signed and no flights were booked. No offense to the HOA organizers, but these arrangements were never confirmed. HOA tickets were, however, sold under the pretense that “Greg Lindstrom and Friends” would be performing. In the music business agreements are made in writing via contracts. Until the paper is signed by both parties nothing is confirmed. I am always on top of posting news on our various sites and making press releases. If any gig or event is ever confirmed the news gets posted quickly. You’ll all notice that there was never an announcement made by me or any of the other Falcon members regarding HOA 2010. That is because there was no confirmation. It is best not to count your chickens before they hatch. Read: “don’t get ahead of yourselves.” We regret that Cirith Ungol and Falcon fans were in any way misled, but that is out of our control. Thanks for understanding!

Perry (on behalf of Greg Lindstrom and Darin McCloskey), 21 Jan 2010 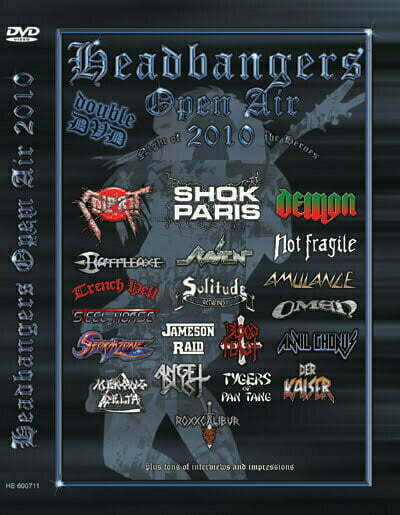 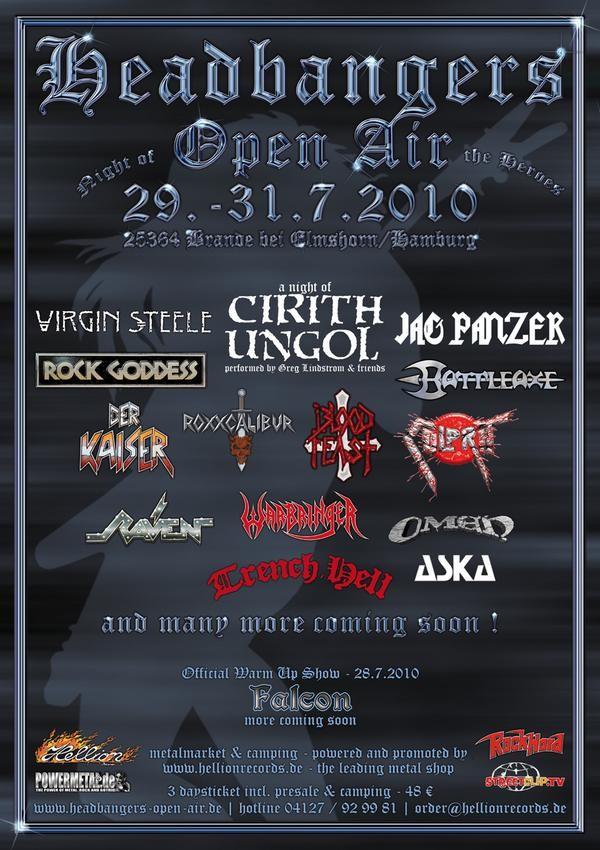