One Foot In Fire – A Tribute To Cirith Ungol

A collection of Cirith Ungol covers. Some of the songs were made years before this compilation, others have been made specially for this album. Cover was painted by Michal Oracz (carbonmade/deviantart) who also has done covers for Lord Vader and Damascus Steel. His brother has also painted artworks for Crystal Viper. The booklet is colorful and nicely done. It consists of 16 pages of photos and liner notes from Sven “The Axe” Sostak (of Solemnity Music), four pages from Robert Garven and one page for each contributing bands. Preview is from at least 24 Oct 2004 or earlier.

I can’t say that I’m familiar with most of them, but it’s really gratifying to know that so many fellow musicians are into CIRITH UNGOL. I’ve heard DOOMSWORD’s version of “Nadsokor” and they did a great job. By the way, FALCON is planning to be on the CIRITH UNGOL tribute as well, possibly with “Edge Of A Knife” or a different version of “Half Past Human”. I would love to hear PENTAGRAM do “I’m Alive”. I think Bobby singing would really add some poignancy to the lyrics.”

I was also blown away by the covers to our songs that just came out on the Cirith Ungol tribute album. I think some of the versions of our songs are better than our original versions!

The original press was around 2005.

Ultimate tribute compilation for the epic metal kings with:” 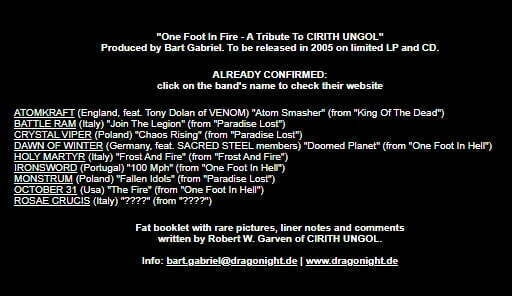 It was announcing one track on bonus CD, and three further tracks that did not appear on this album.

So what happened to these three songs? Were they ever released or even recorded? I sent a mail to Solemnity Music, asking for this. I got a quick reply from Sven the Axe, and he could inform me that for various reasons, neither of these tracks were ever released or recorded. Unfortunately.

Thanks to Sven for the clarification. Ironsword was never recorded, but they rehearsed the song a couple of times.

is bonus track on the CD, not LP.

There were other cover artworks originally planned for the album. I recieved a mail from Graham Ganson who painted two different covers for this tribute album. They were done in 2004. Click the links to see the images below:

I almost did the artwork for the cover on CIrith Ungols Tribute “One Foot in Fire”  However communication and collaboration with Bart Gabriel somehow got mixed up and things didn’t work out. Kind of a bummer!

He never used them, there was no contracts.

There is a third alternative cover. I don’t know where it is from, but I guess it is a draft of the final version. Only the typings looks different. 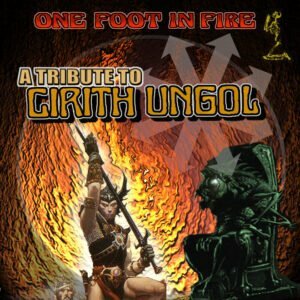 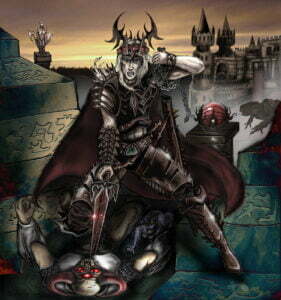 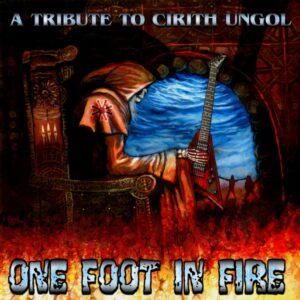 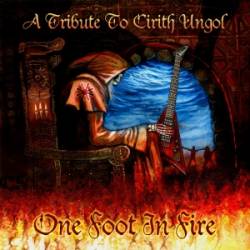