Return of the Dead Kings

Was sold from whisperer in the darkness at eBay. Description: “Great item containing some rare live recordings with Cirith Ungol, one gig from Roxy Club 1983 and one from Santa Barbara. The Sound Quality is quite decent and enjoyable. Nicely done boklett with interviews and some nice CU pictures. Should be interesting for any Cirith Ungol fan.”

The cover artwork of Elric is great of course, the booklet is quite good too for being a bootleg. It has words by Rob and Greg, and a lot of pics inside.

The real attraction here is the first part, Live at Roxy Club 1983, where most of the King of the Dead album is played. Three of the songs has never officially been released live before, that is Black Machine, Death of the Sun and Finger of Scorn. The sound quality is unfortunately not great. The highlight for me here is Finger of Scorn, which is presented in a quite different version from the album version. The acoustic intro and interlude is different, and Tim doesn’t “scream” as much, but sings in a much softer style, which serves this semi-ballad well. 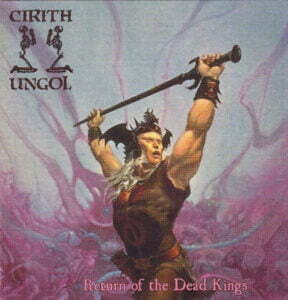 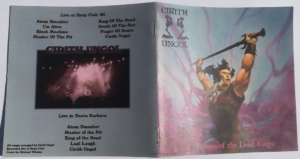 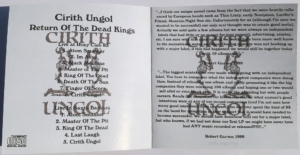 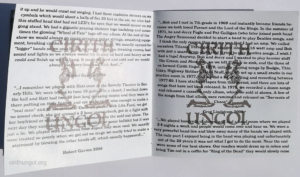 Support the artists, buy records or merchandise of Cirith Ungol 🛒
These links are automatic generated links and may not always give the best search result. Sometimes you might need to refine the search after having tried any of these links. Some are affiliates and some are not. If you know about any good deal for Return of the Dead Kings, don't hesitate to add a link in the comment field or in the forum.
Categories:
0 0 votes
Article Rating
Subscribe
Connect withD
Login
Connect withD
0 Comments
Inline Feedbacks
View all comments 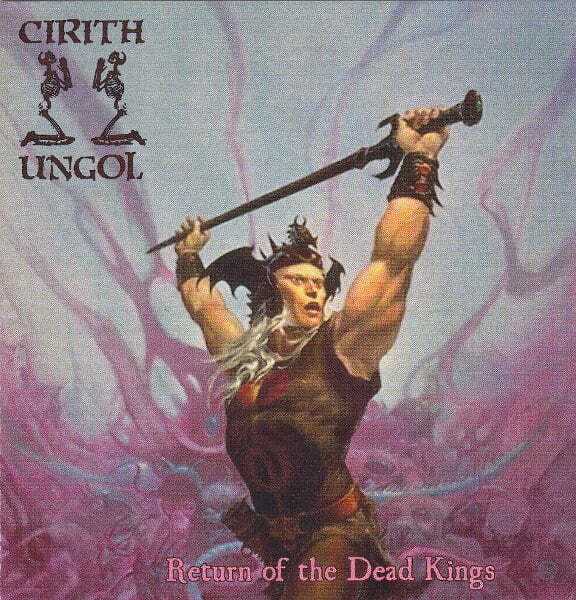