Chorus:
Coming like a hurricane a hundred miles an hour
We don’t stop for nothing cause we’ve got the power

Written by Greg Lindstrom. 100 MPH (miles per hour) equals around 160 km/h (kilometres per hour). It is most probably another reference to Rob and Greg’s obsessions with Ferrari cars. The song was written by Greg, even though he had quit the band already after their first album. There’s a reference to the debut LP in this song: “We’re frost and we’re fire“. See also Ferrari.

100 M.P.H. is as uplifting as the title proclaims though the chorus is a bit silly, and overall the song seems like the band’s attempting speed metal which is not their forte!

(Sept 80) I think this version has got more energy than the one on ‘One Foot In Hell’, but maybe I’m biased …

Support the artists, buy records or merchandise of cirith ungol one foot in hell 🛒
These links are automatic generated links and may not always give the best search result. Sometimes you might need to refine the search after having tried any of these links. Some are affiliates and some are not. If you know about any good deal for 100 MPH, don't hesitate to add a link in the comment field or in the forum.
Categories:
0 0 votes
Article Rating
Subscribe
Connect withD
Login
Connect withD
0 Comments
Inline Feedbacks
View all comments 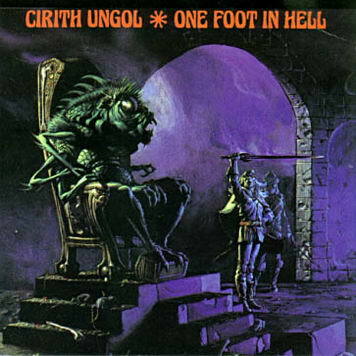