An unreleased Budgie cover. Original version taken from the Budgie album “In for the Kill” (1974).

Budgie were one of the earliest heavy metal bands, and according to Garry Sharpe-Young they were a seminal influence to many acts of that scene, particularly the so-called NWOBHM, and later acts such as Metallica, recorded in 1987. The band has been noted as “among the heaviest metal of its day.”

The band has been noted as “among the heaviest metal of its day”. The cover of Cirith Ungol has played live from the mid/late 1970’s, but has yet not released.

Support the artists, buy records or merchandise of Budgie In For The Kill 🛒
These links are automatic generated links and may not always give the best search result. Sometimes you might need to refine the search after having tried any of these links. Some are affiliates and some are not. If you know about any good deal for Crash Course in Brain Surgery, don't hesitate to add a link in the comment field or in the forum.
Categories:
0 0 votes
Article Rating
Subscribe
Connect withD
Login
Connect withD
0 Comments
Inline Feedbacks
View all comments 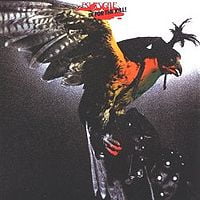