Who was the most fun to draw out of all the metal celebs whose likeness you captured for this book?

I think it has to be Robert Garven. He has such a unique look and he’s a really sweet guy on top of it.

You were handed a real gem with that anecdote provided by Rob Garven of Cirith Ungol. How fun was that to draw?

That was pretty incredible. The first round Rob sent a little shorter version of it. More streamlined. I told him I wanted to really make this epic and the second draft is the elegant jewel that you find in the book. I really did a fair amount of research to get the Starwood to look as it did in that era and Rob was very helpful getting me reference photos of him and Tim from then. 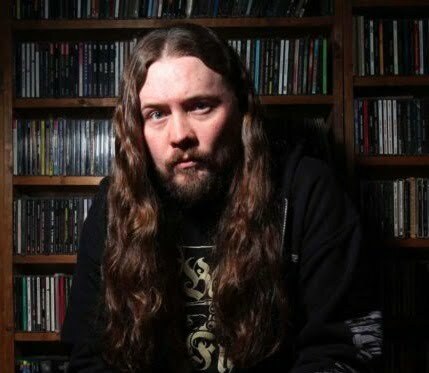 Tim Baker and Robert Garven from Cirith Ungol. Taken from his Robs recollection that I illustrated for Decibel Magazine Metal Gods: a Tribute to Judas Priest that I put together (Mark Rudolph).