Band would like to Thank: “The Captain”, Armand John Anthony, for whipping this album into shape! Arthur Rizk for mastering, Brian Slagel, Tracy Vera, Mike Faley and all at Metal Blade Records US, Armin Steiner, Markus “Bart” Grasseck, Andreas Reissnauer, and the entire crew at Metal Blade Records Europe. You have all been there for us and are much appreciated! Michael Whelan for the best album covers we could have ever imagined. Oliver Weinsheimer for never giving up on the band reuniting. Manolis Karazeris for “Up the Hammers“, Matthew Baker & Tom Malone for playing bass when Jarvis is on tour. Oliver Barth, for his amazing video work on “I’m Alive“. Last but not least, Jarvis Leatherby the hardest working guy in metal for resurrecting the band, managing and playing bass and everything else!!! The rest of the mighty “Night Demon“. Armand John Anthony and Dusty Squires for being there for us, and sharing some pretty amazing times.

ROBERT GARVEN: My beautiful wife Rose, Diablo, Heather and Bob Sanders, Dr. Ishu Rao, Eduardo de Souza Bonadia of Brazil, Hrvoje Bubić and Wade Williams for their continued support, My personal hero Enzo Ferrari, who created the soundtrack of my life! Dusty Squires for his help, friendship, and drum support, Randall L. Jackson for starting this ball rolling, you are not forgotten my friend. Pulse Drumming, Guitar Planet, Casa de Soria, Tony’s Pizza and all our many friends across the globe! And my fellow bandmates. To all above, and down below. You truly Rock. Thank You for making my dream become a reality. Bill & MaryEanes Garven, my parents, who let us practice at their house for years, and supported the band in everyway possible! Rob proudly uses Paiste cymbals and gongs, and DW Drums.

GREG LINDSTROM: my beautiful wife Angela, my handsome son Benjamin, my lovely mom Clara, and my wonderful sister Stephanic, My Falcon pals Perry Grayson, Darin McCloskey, and Chris Kozlowski, and all my friends at Boeing. Dad, even though you are not with us anymore, this is for you.

THIS ALBUM WAS MADE TO BE PLAYED AT MAXIMUM VOLUME!

LEGIONS ARISE!
First new album 3 decades in the making!
THIS ALBUM WAS MADE TO BE PLAYED AT MAXIMUM VOLUME!

Cirith Ungol was formed in Ventura, California in the early 1970s, first appearing on the scene with their self-financed debut album, Frost and Fire, via their own Liquid Flame Records imprint in April 1981. It was obscure and arcane, mysterious and eccentric, epic and expansive, but most of all unfailingly, bone-crushingly heavy, dark and doom-filled.

Cirith Ungol went on to release two additional studio albums – King of the Dead and One Foot in Hell – now regarded as stone-cold classics. However, by the early 1990s, the musical climate was shifting away from traditional metal. The band was plagued with lineup instability and then came an unsatisfying studio experience during the recording of the 4th full-length album, Paradise Lost, that left them profoundly disappointed. Finally, after years of frustration took their toll, Cirith Ungol was laid to rest in May 1992.

As the years passed, the fervent clamor for Cirith Ungol‘s return would not be silenced. Then, in late 2015, the sleeping giant awakened. The quartet of drummer Robert Garven, vocalist Tim Baker, and guitarists Greg Lindstrom and Jim Barraza began to knock the rust off and rediscover the magic. With Michael “Flint” Vujea unavailable to rejoin them on bass, Cirith Ungol recruited Night Demon bassist Jarvis Leatherby to fill that slot. As a seasoned musician, lifelong fan, and one of the driving forces to reanimate Cirith Ungol, Leatherby was the logical choice.

On October 8, 2016, Cirith Ungol officially returned to the stage by headlining the Frost and Fire II festival at the Majestic Ventura Theater, playing to a packed house of metal fans and friends who had converged in the band’s hometown of Ventura, California to witness the Kings of the Dead rise from the grave. In the ensuing years, Cirith Ungol have held fast to their objective to bring their music to as many fans around the world as possible, performing select high-profile festival gigs spanning North America, Europe and South America.
Now, as their resurrection enters its fifth year, the band proudly presents Forever Black: a classic Cirith Ungol album in every sense of the word. The trademark dark and foreboding riffs, pounding rhythms, and soul-searing vocal attack are instantly recognizable as the Kings of the Dead. Simply put, Forever Black is a testament to Cirith Ungol‘s continuing vitality and enduring primacy in the classic metal pantheon, more than four decades after the band’s inception.

The street date of April 24th coincides with the band’s historic double-headliner appearance at the Keep It True Festival in Germany. Cirith Ungol will have an exclusive Keep It True vinyl color (red/black marble) ONLY available at those shows! See below for all upcoming dates.

Even though we are only at the beginning of the 2020s, but the album, which will be released on April 24th, 2020, can already be described as one of the hottest Heavy Metal Come Backs:

29 years after their last studio album “Paradise Lost”, CIRITH UNGOL are finally back with a new album, and this one is called “Forever Black”.

This is Heavy Metal !! 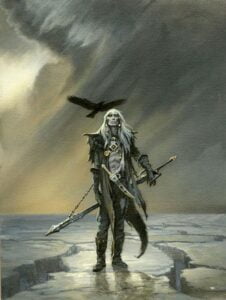 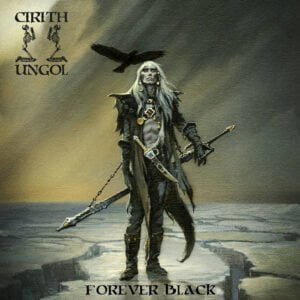 The cover was painted by Michael Whelan in 2012 and is entitled “Elric in Exile“. (“Elric in the Deadlands“?)

This fantastic painting we chose for the cover, “Elric in Exile”, perfectly reflects the dark and brooding mood of this album. It was painted by Michael Whelan, whose art graces our 4 other studio albums, and our single, “Witch’s Game”. He is a world-renowned artist whose art has been featured on works by bands such as Sepultura, and authors; Ray Bradbury, Michael Moorcock, Isaac Asimov, Stephen King, Arthur C Clarke. 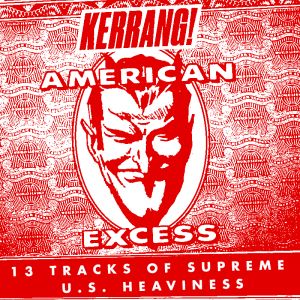 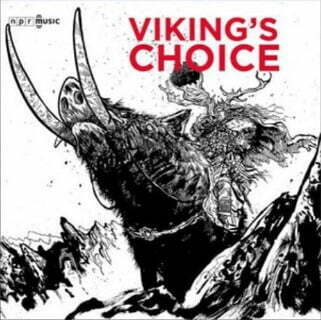 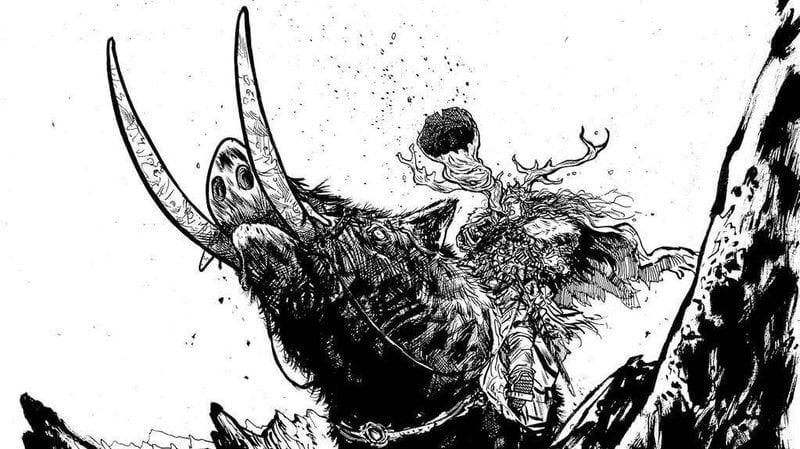 The Metal Blade Records Podcast is officially being resurrected from the dead! It’s been three whole years since we last dropped an episode and we figured now would be as good a time as any to reignite the fire!
Hosted by Allegaeon’s Riley McShane and our very own Vince Edwards and Ryan Williams! Diving into all things metal, gaming, science and more!

First episode tackles the current state of the industry, with special guest Jarvis Leatherby of the mighty
Cirith Ungol. Additionally, some much needed discussion on Doom Eternal and Animal Crossing. 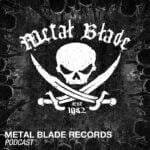 The Metal Blade Podcast returns for 2020 with new host Riley McShane of Allegaeon along with Vince Edwards and Ryan Williams of Metal Blade Records to talk about the current state of music during the shutdown with guest Jarvis Leatherby of Cirith Ungol and Night Demon. In video game news the guys talk about, Doom Eternal, Animal Crossing and more!

This bootleg (A Tribute To Cirith Ungol / Doomed Planet) was from the year 2017 – three years ago. 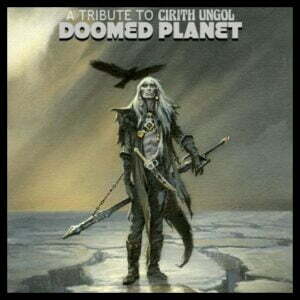 Here I will collect any info about an eventually fifth Cirith Ungol studio album.

Oddly enough, there are some new songs kicking around, but again I think that’s just because we are all having so much fun! The bottom line is Cirith Ungol is band again of today. We will see what the future brings, but right now, we just want to play for the true fans.

The most important question for the fans is will the band record some new music? Do you feel creative spark burning now?

Of course! I told Jarvis and Oliver that they had woken a sleeping giant. We almost finished a complete song, Tim has over 10 sets lyrics, and the plan is of course for a new album. Greg has several songs he has written, I have many ideas, and the band has many songs in our archives that we would like to record for the first time or maybe record some very old songs got never seen the light of day! The hope is that we can have a new album out in 2017!

I’ve heard through the grapevine that you’re thinking about doing a new album.

We’d like to! There’s nothing stopping us from doing that. We’ve been practicing and doing all this stuff leading up to these shows, and in the meantime … well, we have been working on stuff. We may go and revisit some old material no one has ever heard. So, we’re really looking forward to doing another record — that’s really the thing we want to do in the next year. So, we’ll see what happens. I can’t talk about what label it would be with or anything like that. Hopefully, though, it’ll be as soon as we can get it going. Right now, though, we’re just enjoying doing what we’re doing and playing places we never got to play back in the day. It’s awesome that finally everything worked out where we could get back together and play as a band again. We never thought that was going to happen again. I never thought … Rob never was going to touch another drum set as long as he lived when the band broke up in ’92. We’re not ancient yet, so we wanna get out there and do this while we still can, and while it’s still fun.

Well, it’s 2018 and Cirith Ungol is alive and kicking! Any chance for some new material, an EP or even a full-length release soon?

We are working on new material right now and even though there is no schedule, it is no secret we want to do a 5th studio album. I am blown away by some of the stuff and I think our fans will be too. It blends all the elements of Cirith Ungol’s mythical style along with an evolution you would expect from the pent up energy waiting to be released! Our goal is to make it an extension of our past releases in heaviness and style. We are lucky enough to have a few songs in the upcoming very cool animated movie, “Planet of Doom”. We are all very excited about this. Some of the very best fantasy artists are involved with this and it should be killer!

A new studio album should come out early next year, along with some more rare but special appearances. 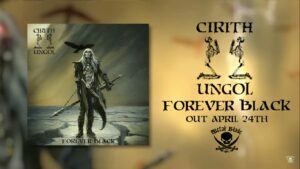 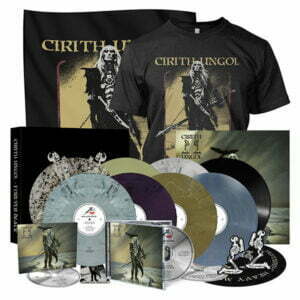 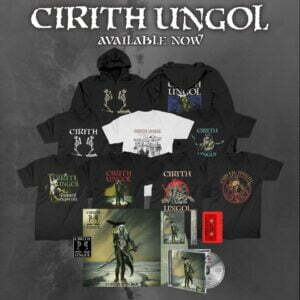 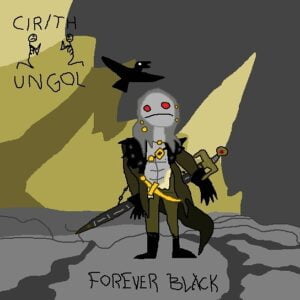 Support the artists, buy records or merchandise of Forever Black 🛒
These links are automatic generated links and may not always give the best search result. Sometimes you might need to refine the search after having tried any of these links. Some are affiliates and some are not. If you know about any good deal for Forever Black, don't hesitate to add a link in the comment field or in the forum.
Categories:
0 0 votes
Article Rating
Subscribe
Connect withD
Login
Connect withD
0 Comments
Inline Feedbacks
View all comments 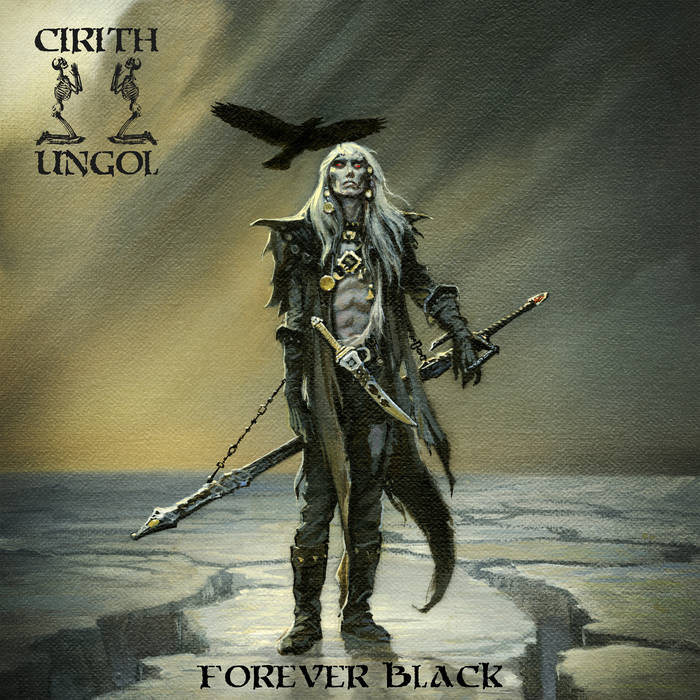