They drew influences from other metal groups such as Black Sabbath and Thin Lizzy, as well as Iggy and the Stooges. Their first album, Frost and Fire, was closer to a hybrid between 1970s hard rock and metal with songs written by then bassist and guitarist Greg Lindstrom and drummer Robert Garven, but from King of the Dead and onwards they played a progressive rock influenced brand of doom metal with songs.

The band began with Greg Lindstrom, Robert Garven, Jerry Fogle and Pat Galligan (who would later go on to play guitar for Angry Samoans) playing in their first band “Titanic” in high school. With a desire to play heavier music, the rest of the band dumped Pat and reformed in 1972 as Cirith Ungol with Neal Beattie on vocals. It wasn’t until 1980 that they were signed by Enigma and released their first record Frost and Fire with Tim Baker on vocals. After their fourth album Paradise Lost, they split up due to frustration caused by problems with their new record company. The year 2001 saw the light of a new Cirith Ungol album which contained old and unreleased demos and songs, but no new material. The album was supported by both Greg and Rob, but not by Tim.

This biography was written on 31 Jan 2006: A brief Cirith Ungol bio sketch by Perry Grayson

Note: This is a condensed version of my in-the-works full-length bio of Cirith Ungol, which will eventually be published through Tsathoggua Press. -PG

Cirith Ungol was founded in sunny Ventura, California, by three junior high school and high school pals. Drummer (graphic artist and sometimes lyricist) Robert W. Garven Jr., guitarist extraoridinaire (and often space-case) Jerry Fogle (R.I.P.) and bassist/guitarist/keyboardist/songwriter Greg Lindstrom in 1972. The three had begun playing together when they were in their early teens in a “band” called Titanic with another school acquaintance, Pal Galligan. With a desire to play heavier rock than Beatles covers, Garven, Fogle and Lindstrom bailed to form Cirith Ungol. Far from being scorned by their folks, Cirith Ungol actually found the support of the Garven family-their rehearsal room was set up inpage the Garven family’s house. Early on the band took to covering psychedelic heavy rockers by the likes of Cream, Mountain, Budgie (“Crash Course in Brain Surgery” over a decade before Metallica did it), Thin Lizzy (“Return of the Famer’s Son” and “Vagabonds of the Western World”), Hard Stuff and Ursa Major (about half of “Sinner”) and Freedom (“Dusty Track”).

The name Cirith Ungol was arrived at for the same reason Rob Garven and Greg Lindstrom had initally become friends. Both Rob and Greg were fans of British fantasist J.R.R. Tolkien’s The Lord of the Rings trilogy, which they were reading in literature class when they first met in 1969. In Tolkien’s manufactured language of Middle Earth, Cirith Ungol translates out as “pass of the spider”. Cirith Ungol is the bleak place where Frodo and Samwise fight the giant spider Shelob in Tolkien’s second installment in the trilogy, The Two Towers. The spider Shelob was the inspiration for the tune “Shelob’s Lair”, which was written by Lindstrom around 1975. You can also see the spider motif repeated in the longsleeve shirt axeman Jerry Fogle used to wear at practices and gigs. Much like Rush, Sam Gopal’s Dream, Zeppelin and even Mountain (okay, so those were Gail Collins’ lyrics) before them, Cirith Ungol took the hippie’s favorite fantasy saga and exploited it in the rock world. Something to write about apage from fast cars and faster women. Not that our intrepid teenage proto-metallers were above penning tunes about those tried-and-true topics. The first Ungol song was, according to Mr. Lindstrom, entitled “Rock ’n’ Roll Hooker”, after which they moved onto even slightly dodgier subjects. One can only smirk at Garven’s lyrics for “Tight Teen” (circa 1976). Sure, they may owe something to Richie Blackmore and Ian Gillan, but it they wouldn’t exactly be up Tipper Gore’s alley.

Fast forward to 1976, and Cirith Ungol had found their first vocalist, who billed himself as Terry Dactyl (aka Neil Beattie). Neil’s biggest influence was Iggy Pop, and he often spent a lot of time rolling around the boards at gigs with very little clothing on. Pretty fitting for a band with tunes like “Neck-romancer” and “Flesh Dart,” wouldn’t ya say? Needless to say, the authorities at the Ventura State Beach were quick to tell ol’ Terry Dactyl to “keep his shirt on”. The truth be told, Iggy & the Stooges were a huge influence on Cirith Ungol as a whole. When interviewed for his Falcon website profile page, Greg Lindstrom relates that “Iggy is my Elvis”. Greg also remembers, “Robbie used to walk down the street singing ’Penetration’ off Raw Power.” Cirith Ungol Mark II (Beattie, Fogle, Lindstrom & Garven) would play numerous gigs around Ventura and Ojai at venues as diverse as the Foster Park Bowl, Louie’s Life, the Ventura National Guard Armory, the Catacombs, Huntington’s, the Ventura State Beach Pier, Ojai Art Center and the Dock.

Cirith Ungol’s earliest primitive recordings are the evidence that they were among the heaviest bands of the period. After all, in 1975 many of the heavies were lightening up. But the young Ungol stalwarts were fueled more by the loud early 1970s than the fluff corporate record execs were trying to force young bands to sound like. A rehearsal recording from ’75 blew the ears off your humble biographer at first listen (around 2002). Early renditions of “One Foot in Hell” and “Cirith Ungol” are doused with blasts of Greg fuzz bass, Jerry Fogle’s eerie guitar embellishments and wild solos and Rob Garven’s blood drenched drumming. “Shelob’s Lair” and “Half Past Human,” also found on these rehearsal room reels, are equal in both heaviness and epic length to anything on Frost and Fire or King of the Dead. Perhaps they weren’t Alice Cooper, but Beattie is said to have covered his hands and upper body with fake spiders while his Ungol mates played “Shelob’s Lair,” an ode to the giant spider in Tolkien’s The Two Towers. A pagenote: Falcon would later re-record both “Shelob’s Lair” and “Half Past Human.”

But Neil soon tired of Cirith Ungol, leaving Lindstrom, Garven & Fogle to continue as an instrumental power trio once again. This wasn’t too daunting to the three, as they still found themselves playing singerless gigs at venues like the Starwood, the Roxy and the Whisky in Hollyweird, as well as the Ventura Fairgrounds. By this time, Cirith Ungol had also recruited a bunch of their fellow rockers and school pals to be their crew. Brothers Dan and Tim Baker were roadies and Kevin “Dr. K” Sage (no doubt in charge of pharmaceuticals?!) was the stage manager.

With no suitable singer in sight or earshot, friend and roadie Tim Baker tried out for the vocal spot. Although not a trained singer, Baker boasted a unique screaching style all his own. His first stab at recording vocals for a Cirith Ungol song was a “duet” with Neal Beattie on “We Know You’re Out There”, a track about alien invasion.

Armed with their own Dokorder reel-to-reel 4 track recorder, Cirith Ungol whapped out a tape chock full of their blistering tunes. The cassette demo “album” had an orange cover, and it was distributed at gigs. Some of the tunes on the orange cassette included “Show You All” sung by Rob, “Route 666” sung by Greg, “We Know You’re Out There” sung by exiting Neal Beattie and entering Tim Baker and “High Speed Love” sung by Tim Baker.

TO BE CONTINUED! Stay tuned…

In the beginning, they had a few names picked out, all from the J. R. R. Tolkien’s epic fantasy novel Lord Of The Rings. Some of the others were:

In the end, the band name was Cirith Ungol from 1972. They took their name from the place Cirith Ungol, and who was the tower that Sam rescued Frodo from. The name Cirith Ungol (Elvish: Cirith Ungol) means Sindarin for Spider’s Cleft or Pass of the Spider, from cirith (“cleft, pass”) and ungol (“spider”). Read the English to Elvish translator here or here . While the place in Tolkien’s book is pronounced kirith ungol, the band pronounced it sirith ungol. The band said in a later interview they had some problems with the name:

Everyone in the band was a big “Sword and Sorcery” literature fan, especially Greg [Lindstrom, guitars] and I. He would always turn us on to the great writers who gave us inspiration for our music. We read all the books… Conan, Bran Mak Morn, etcetera, but the books that stood out in my mind are Michael Moorcock’s masterpieces: Elric, Hawkmoon, Corum among others. Greg Lindstrom and I met at an English Literature class where the teacher was reading Lord of the Rings… and Greg and I read it and it had an influence on our music and feelings. In retrospect I wish we had picked something easier to remember because a lot of our trouble has been over our name. People couldn’t pronounce it or remember it, but we figured once they did they wouldn’t forget it! We’ve humorously been called “Sarah’s Uncle” and “Serious Uncool,” for example! I know other bands are using the Tolkien angle. Led Zeppelin even made references to it in their earlier songs. I think he was an influence both then and now on many people.

I remember some other possible band names we were conpagering: Minas Tirith, Khazad Dum, and Uruk Hai, all names from “The Lord Of The Rings”. Rob and I both liked J.R.R. Tolkien and Enzo Ferrari, so we knew our songs would cover both those subjects!

Legendary heavy metal (OK, proto-doom) act Cirith Ungol were obviously taken by Tolkien’sLord of the Ringsand other high fantasy authors like Michael Moorcock, from which the band plucked cover art. The name they picked was either named after a mountain pass in Mordor or the tower that guards it. It certainly has a strange ring. Like most names metal bands have picked over the ages, Cirith Ungol is Sindarin in origin, where ‘cirith’ translates to ‘pass’ and ‘ungol’ is a direct reference to the spawn of Ungoliant. ‘Ungol’ translates to ‘spider’. The Californians eventually even had a song about Cirith Ungol on the awesomeKing of the Deadalbum. Either way, while it stands to reason most contemporary bands would have a name appropriated from Tolkien, remember the ’60s and ’70s were times when Tolkien’s works, particularlyThe Hobbit, were increasingly part of literary culture changes.

Some are misspelling and others are humors:

The one correct is Cirith Ungol.

Check it out: Cirith Ungol


These links are automatic generated links and may not always give the best search result. Sometimes you might need to refine the search after having tried any of these links. Some are affiliates and some are not. If you know about any good deal for Cirith Ungol, don't hesitate to add a link in the comment field or in the forum.

I feel something highly occult is talking to me through your music. Its so fucking cool. I couldnt resist so i joined the legion!!!! Cirith ungol is becoming my new favorite band. And you guys have the best fucking art ever. So getting the LPS tshirts and hoodies and what not so i can wear you guys with pride and honor! Thanks for the magic guys! 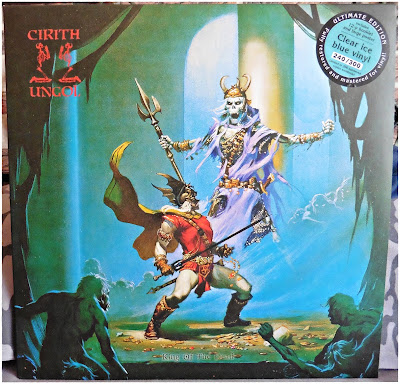 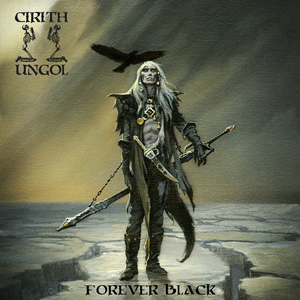 RT RIFFonline: REWIND: Catch up with some bands from 1982’s ‘Metal Massacre,’ like @Metallica, @theRATTpack and @CirithU ✏️: @BayAreaData [bit.ly]