Revs are climbing higher
I’m lightin’ up the tires
Just like Formula One
Slippin’ into fifth gear, hoping there’s no cops near
I’m Attila the Hun – on wheels!

This song was originally recorded by Cirith Ungol on their orange demo album from 1978. It had Tim on vocals. Another Ferrari-inspired theme.

“High Speed Love” came out of Greg’s love for Ferraris and other high performance sports cars.

“High Speed Love” is an old Cirith Ungol tune from the late ’70s. Greg wrote this fun little tune about fast cars. Both Greg and Rob Garven are big car racing fans. They love Ferraris and the like. I’ve never been much of a car geek, but I can understand their obsession with speedy automobiles. Tim Baker sang the original with backups by Rob and Greg. 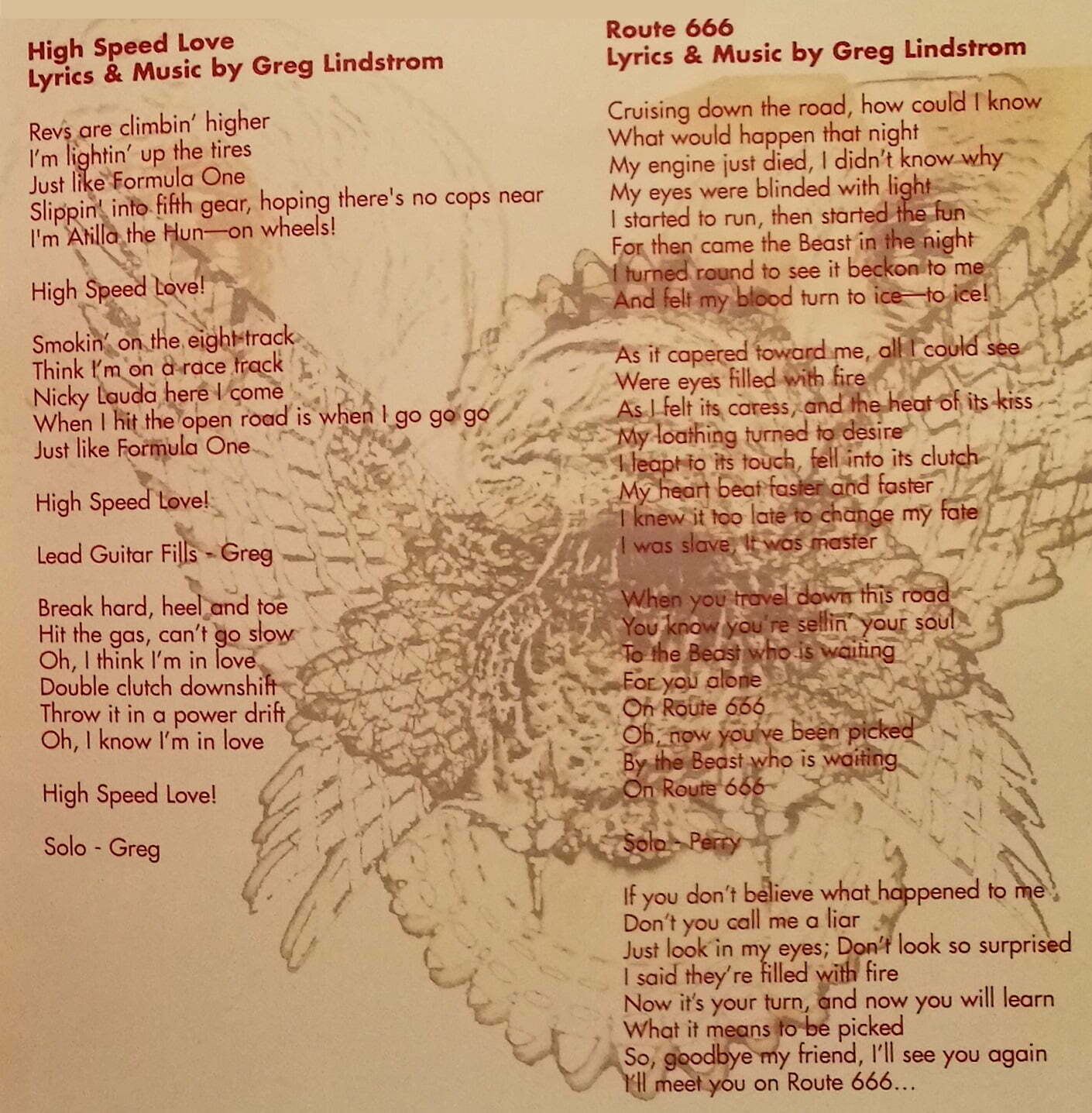