Nations died and lost their land
And sacred ground turned to sand
Our leaders words the cries of our kin
Aswirl around us, adrift in the wind

Why we were spared we may never know
We’re given a choice, a gun or a bow
Beneath our feet the survivors have died
Again through the calm of nature we ride

An old friend, Rob Preston (Doomed Planet Records main-man) introduced me to BANG a decade ago. I was mesmerized by their cool combination of heavy riffs and catchy song arrangements. Several years after I first got into them I discovered BANG had reunited and started a website. I hooked an interview up with original drummer Tony D’Iorio and managed to land that feature with Metal Maniacs in the U.S. and also Psychedelic Fanzine and Slow Ride. It was especially cool for me to get to know Tony, Frank Ferrara and Frankie Gilcken. I met them a few times when they came out to L.A., so there’s definitely a personal connection there. They’re one of those bands from the seventies that I’m just such a nut for. I couldn’t believe that they’d decided to get back together, much less that I’d have a chance to meet them and show my appreciation for the killer music they’d committed to vinyl!

We love to play BANG’s “Redman” live. It’s an integral part of our sets. We throw in some improv jamming at the end most of the time to give folks more of a taste of that old loose seventies vibe.

Bang is one of my all-time fave early heavy ’70s bands. I’d call them proto-metal because of that outright heaviness.. They had three albums out on Capitol Records between 1972 and 1974. This one was on the self-titled Bang LP (1972). My old pal Rob Preston (Doomed Planet Records) hipped me to Bang. And they were the first band I wrote about in the pages of Metal Maniacs when I became a staffer in 1999-2000. Not only did I interview drummer Tony D’Iorio, but I became friends with Frank Ferrara (bass/vocals) and Frankie Gilcken (guitar) as well. We hung out one night in Hollyweird in 2000 and also in the studio in 2002 while they were demoing new songs. After the studio visit we adjourned to their friend’s Calabasas home. I love the hippie-esque theme of “Redman” – again, a cautionary tale of not allowing the land to be raped by the Man and his penchant for war. Live, Falcon used to lengthen our version of “Redman” with an extended improv jam. Technically speaking, Bang tunes down a half-step (a semi-tone in the UK or Oz) to E-flat, while we tuned down a whole-step to D. This makes it easier on my voice and also adds a bit of heaviness to the whole affair.

Support the artists, buy records or merchandise of bang 🛒
These links are automatic generated links and may not always give the best search result. Sometimes you might need to refine the search after having tried any of these links. Some are affiliates and some are not. If you know about any good deal for Redman, don't hesitate to add a link in the comment field or in the forum.
Categories:
0 0 votes
Article Rating
Subscribe
Connect withD
Login
Connect withD
0 Comments
Inline Feedbacks
View all comments 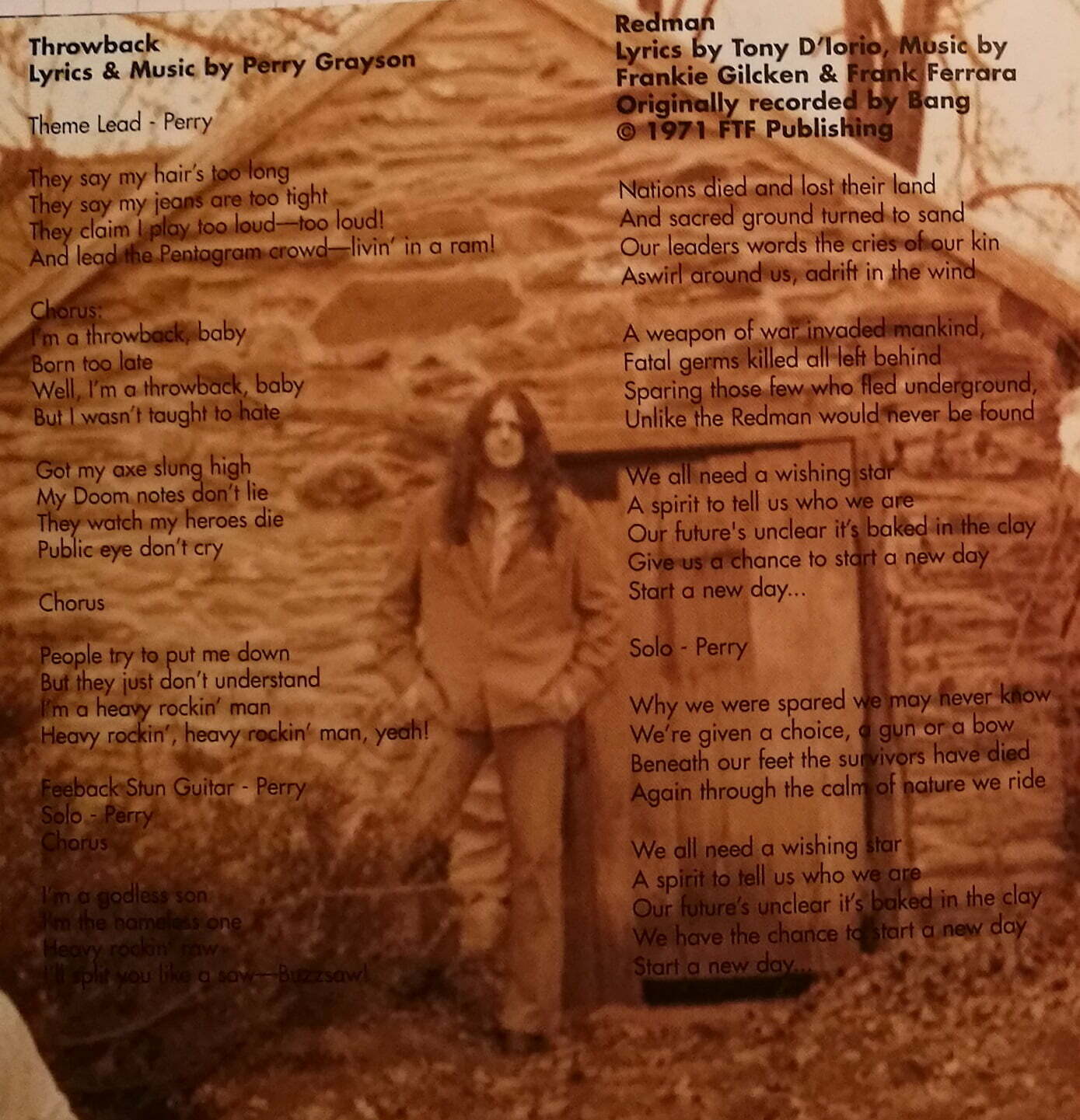