Bang is an American heavy metal band from Philadelphia, Pennsylvania, active briefly in the early 1970s. The group released three albums on Capitol Records, and had one minor hit single with “Questions”, which reached #90 on the Billboard Hot 100. They were strongly influenced by Black Sabbath, and are considered forerunners to the doom metal genre. The group briefly reformed in the early 2000s and recorded 2 more CDs worth of music. In 2004 the concept album “Death Of A Country” was released on CD and LP. This album was recorded in 1971 and was intended to be released as the band’s first record, but was shelved by Capitol Records because they did not feel that putting out a “heavy concept album” as the band’s debut would be commercially viable. Later that year, their self-titled sophomore record was released and became their official debut instead. On January 6, 2014 Bang announced their reunion. (Text taken from Wikipedia)

The song Idealist Realist was included on Greg Lindstrom’s Heavy Rockin’ Raw compilation CD. Falcon has covered the song Redman for their debut album in 2004.

Bang – The Speakers Blared On High!

In their own words—and in mine—Bang is the “little band that could”. What other outfits from Bang’s early ’70s heyday are still around or have reunited with nearly original lineups? And out of those very few, which ones have managed to release an album’s worth of new songs? Other than one of my personal faves, Blue Oyster Cult… Not many! Number Bang among the brave! Three friends who met in the 1970 aftermath of Woodstock and whose bond has survived over three decades. That’s quite a feat, when you consider the lineup problems that wrack modern metal bands who are but a few years old.

Bang’s 2004 release The Maze is an honest to goodness album, unlike the drum machine demo CD RTZ from 2000. Thirty years later, Bang is alive and well. The Maze unites Frank Ferrara (bass/vocals), Frankie Gilcken (guitar/harmony vocals) and Tony Diorio (lyrics/percussion) for the first time on a pro recording since 1974’s Music. It was this here small but ballsy band that gave me my start here in Maniacs back in Fall ’99. I’d managed to score an exclusive interview with lyricist and original drummer Tony Diorio, which I intended to give to a couple of cool underground doom metal/retro rock mags. But I kept noticing that Maniacs’ editor Jeff Wagner was an old school stalwart like myself. He’d drop references to bands like Bang in his current articles on Pentagram or Trouble, and clearly he gave a shit about music with a lifespan that could outlive any temporary fad. Getting a hold of Jeff, I tried my best to see if he’d relent to let me tackle a Rewind article on these awe inspiring heavy rockers. Didn’t take much convincing on my part. Jeff just wanted to know how he could get his hands on the Bang material he didn’t own. So, while the loud-as-hell power trio Bang may have me to thank for giving current metalheads a chance to learn about them and their era of bellbottom blues, I have our intrepid Mr. Wagner to thank for giving me and Bang a chance! Likewise, Bang played a huge role in getting me out of the death metal doldrums of the early ’90s, when things were getting very stale. The little band that could… could possibly reach up out of history and show a 19 year-old kid smitten with Black Sabbath and Rush that there was much more to the early ’70s lurking another layer down in the dust. Rather than repeat myself, I’m mainly gonna focus here on the recent developments in the Bang camp. No sense in rehashing my Rewind article.

In the aftermath of my Bang Rewind, I got a chance to speak to Frank Ferrara and Frankie Gilcken on the phone, and later I met up with the guys while they were in L.A. in July 2000. I don’t think I have to relate to anyone how cool it is to sit and have a meaningful and down-to-earth conversation with some of your musical heroes. That’s how it was that night at the Cat Club and the infamous Rainbow in Hollyweird, CA. Frank and Frankie had hoped to get up and jam at the Cat Club, but there was no time to spare in between Gilby Clarke’s weekly jam. But we adjourned to the Rainbow, where I got to catch up on Bang matters. They’d begun demoing some new tracks at a friend’s LA studio. Several months later they returned to Los Angeles, when job and family commitments allowed. This time they had Tony Diorio and Frankie Gilcken’s son Jonathan in tow. Tony was brimming with new song titles and lyric concepts, and Jonathan came equipped with his own electric axe, so he could add heavy rhythms beneath his pop’s own riffs and soulful leads. With this lineup, Bang not only played several shows on the east coast, they recorded demos for three songs you’ll hear on The Maze. Having heard “Popcorn Dreams,” “RTZ” and “The Maze” back in 2000, I was thrilled. Whereas I felt their RTZ CD was a bit lacking in the solidity and power of the three ’70s albums, this triad of tunes showed renewed vision and above all the trademark cranked Marshall stack meets Les Paul-fueled fretboard wizardry of Frank Gilcken.

The gigs in ’00-’01 introduced Bang to a horde of eager young stoner rock fans and bands. It also allowed young Jon a chance to jam live alongside his dad. Those that witnessed the shows heard Bang play fresh material and near flawless renditions of old favorites like “Redman” off their S/T 1971 album. But those lineup frustrations that so often plague bands came knockin’, and they lost the services of Jon Gilcken as he went off to college.

Enter Rick Bowen, Bang’s former manager—the very same one that actually gave them the opportunity of a lifetime in those hoary post-Woodstock daze. Somehow, with much water flowing under the bridge, things got patched up between the Bang dudes and Bowen during a surprise meeting in Bowen’s hometown, Savannah, Georgia. Bowen’s idea was fairly simple, add to Bang’s guitar heavy drive the orchestration and “big” production which he felt could expand their sound. Something that producers like Bob Ezrin had succeeded with as far back as the mid ’70s for Alice Cooper, Pink Floyd and Kiss. Drummer Mark Vaquer, a Savannah acquaintance of Bowen’s, recorded with Bang on this outing.

Whether or not you dig Rick Bowen’s large orchestrations or keyboard arrangements on The Maze, you simply have to admire Bang’s temerity in the face of the fickle music biz. Yes, people, I’m saying that the Bang members have a serious set of balls! The ball-clanging goes all the way back to when, as unknowns, they pulled up to a Florida stadium in ’71 and somehow convinced the then big-wig concert promoter Bowen to allow Bang to open for Rod Stewart and Deep Purple the very same day. The kind of thing that just doesn’t happen anymore.

There are some heavy and dynamic tunes sure to make a big impact with fans of good, honest heavy rock on The Maze. Undoubtedly the title track, “RTZ ,” “413,” “Popcorn Dreams” and “Mama Rock” will stand out to old Bang fans and other ’70 fanatics as the real killers on the disc. Others might appeal to an older and mellower crowd. Two old Bang tracks got the full Bowen production treatment on The Maze, “Bow to the King” and “Love Sonnet.” “Bow to the King,” a paean to pugilist Muhammad Ali comes complete with a full choir on the majestic chorus sections. But, getting back to the rock, you simply have to offer an ear to “The Maze,” coincidentally the first track, with it’s Sabbathy intro and bridge riffs and catchy verses. In another instance of coincidence, “Mama Rock,” dedicated to Frankie Gilcken’s late mom, would be at home on Bang’s second LP, Mother / Bow to The King. “RTZ” is Bang’s affirmation, the song that got them on the path towards reuniting for a full-length. Thoughtful lyrics, singing guitar lines and straight-to-the-point rockin’. “Popcorn Dreams” blends an almost dissonant intro with a singable melodic chorus. The intro to “413” betrays still more of the darkness inherent on the very first Bang album, and certainly the subject matter of the song is nice and depressing. With lines like “Three hours till we die,” this is no shiny, happy neo-hippie tune. Can’t forget some of the impressive interludes in between these tunes, like “Motion” with it’s almost Latin flavored classical guitar, percussion by Diorio and keyboard pads courtesy of Bowen. Actually, I “Motion” would do nicely as the opening credit music to a cool flick. “Eve of the End” sees Bang getting very triumphant both lyrically and musically—a little AORish pomp for you. “Redneck Riviera,” not your usual Bang fare, finds Tony Diorio behind a drum kit for the first time in about 30 years.

Sometimes you’ve just gotta get grimy and bleak to rock out. Bang has known this since their beginnings on the previously unreleased Death of a Country concept album. I might add that Death of a Country and many of the songs on Bang (both recorded in ’71) are especially relevant to the state of the world in ’04… Think about it, people, they had Vietnam, we have Iraq and Afghanistan. As they put it in “Glad You’re Home” (a song for returning Vietnam POWs), Bang’s Tony Diorio wrote that “music’s transformed / it’s got much more to say.” While Bang knows how to have a good time with a tune, they are thankfully also above fluffy pop nonsense. A plus for those who aren’t in the mood for blood drenched super-Satan antics or some angry rap-rock frontman telling you to “break shit.”

Combine the force of Bang’s four albums and their energetic live show, and you’ve got a power trio that can, given the opportunity, reckon with bands made up of kiddies less than half their age! Your throwback of a Maniacs columnist is not alone in feeling Bang should be given that chance!

Support the artists, buy records or merchandise of Bang 🛒
These links are automatic generated links and may not always give the best search result. Sometimes you might need to refine the search after having tried any of these links. Some are affiliates and some are not. If you know about any good deal for Bang, don't hesitate to add a link in the comment field or in the forum.
Categories:
0 0 votes
Article Rating
Subscribe
Connect withD
Login
Connect withD
0 Comments
Inline Feedbacks
View all comments 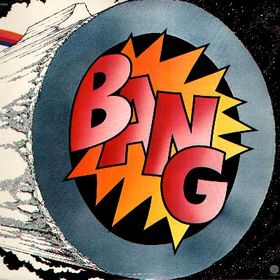