Frost and Fire was the first CU album I got to hear in the mid 80s I guess. Unique style and sound. When we spoke about songs for an EP with US metal covers, we thought it would be a cool thing to feature one of the old CU tracks which were still present in our minds. It had to be the title track because to me, it’s an outstanding piece of early US metal. Occasionally we got Neudi from Manilla Road to play drums on this one and so the whole thing had some special flair, since Neudi used to be the first drummer in Masters Of Disguise as well. When the EP came out, we met Tim baker and Rob at Keep It True in Germany and of course they got their copies! We never played Frost and Fire live though because we thought we captured a very special version on CD. The song is not what Masters Of Disguise usually stand for, but we had great fun recording it!

Masters Of Disguise have risen from the ashes of Savage Grace, a Californian speed metal outfit from the 80s which had been reformed in 2009 by singer Christian Logue. He hired musicians from the NWOBHM cover band Roxxcalibur to join him for a European Tour in 2010. After the tour, songs for a new album had been written, but Chris disappeared and the band split up. Having a couple of superb songs up their sleeves, the remaining band members decided to go on as Masters Of Disguise with singer Alexx Stahl (Roxxcalibur, Bonfire) and released their debut album “Back With A Vengeance” in 2013.

Roxxcalibur – Lords of the NWOBHM (2011). Cover artwork is Elric “The Dragon Lord“.

This e-book is called Christian Logue’s Savage Grace Diary. Masters of Disguise is in many ways also a continuation of the ’80s metal band Savage Grace. Buy it for only $19.95. 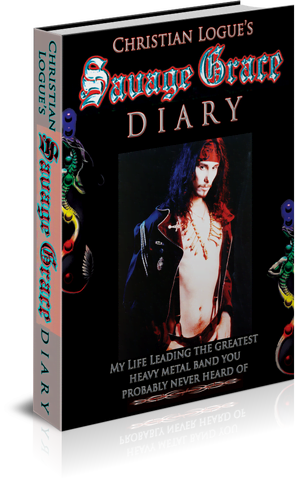 He was arrested in 2005 for practicing quack medicine without a license under a false identity. He later allegedly opened a clinic in the Caribbean claiming to treat cancer patients under that same identity, using unproven alternative treatments.

Support the artists, buy records or merchandise of Masters of Disguise Fine Art of Aging Gracefully 🛒
These links are automatic generated links and may not always give the best search result. Sometimes you might need to refine the search after having tried any of these links. Some are affiliates and some are not. If you know about any good deal for Frost and Fire, don't hesitate to add a link in the comment field or in the forum.
Categories:
0 0 votes
Article Rating
Subscribe
Connect withD
Login
Connect withD
0 Comments
Inline Feedbacks
View all comments 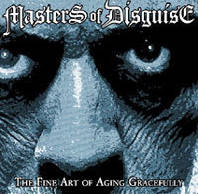