Shelob was hungry, intent on her prey
She never looked where Samwise lay
Even as Sam looked on in despair
She sensed an intruder in Shelob’s Lair
Shelob’s Lair

A re-recording of an unreleased Cirith Ungol song written in the 1970’s. This is the first time the song has been officially available on record.

The spider Shelob was the inspiration for the tune “Shelob’s Lair”, which was written by Lindstrom around 1975. You can also see the spider motif repeated in the longsleeve shirt axeman Jerry Fogle used to wear at practices and gigs.

Perhaps they weren’t Alice Cooper, but Beattie is said to have covered his hands and upper body with fake spiders while his Ungol mates played “Shelob’s Lair,” an ode to the giant spider in Tolkien’s The Two Towers.

Fantasy geeks might realize right off the bat that this is Greg’s take on J.R.R. Tolkien’s Lord of the Rings. Like Zeppelin, Rush and Mountain before them, Cirith Ungol used the hippie’s fave fantasy series for song fodder. Shelob was the giant spider who tangled with the heroes of the story in Cirith Ungol. Cirith Ungol was the high mountain ‘pass of the spider’. Other Tolkien bits Greg inserted into the lyrics were the Ringbearer (Frodo the Hobbit), Samwise (Frodo’s Hobbit friend), the Nazgul (Ring wraiths) and the magic sword called Sting. A rehearsal recording sans vocals was my only guide in how to sing/play “Shelob’s Lair”. I tried to deliver the lines as Tim Baker (the CU vocalist) might have.

Falcon performing the “lost” Cirith Ungol tune “Shelob’s Lair” (written by Greg Lindstrom circa 1975) during their second gig ever on March 4, 2004. Raw, rough and flyin’ by the seat of their pants like many bands were back in the 1960s-70s, but a good indicator of what was to come at the many gigs Falcon played in the days to follow.

From released One Foot In Fire – A Tribute To Cirith Ungol (2005).
This is a special extended remix of the version that appears from the self-titled Falcon CD. Line-up on this song: 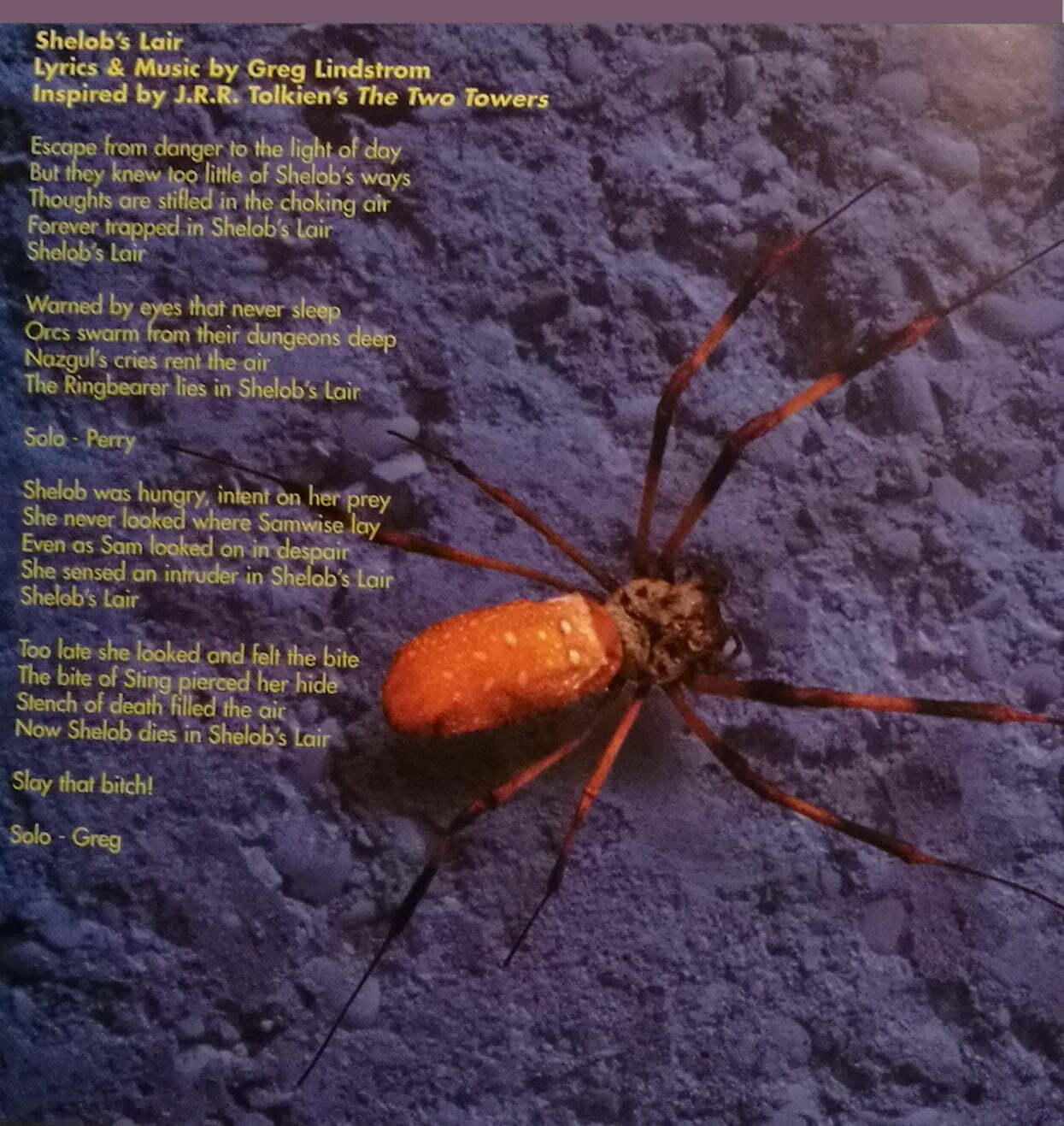