First was in 2015 and featured meet and greet with Greg Lindstrom, Robert Garven, Tim Baker and Mike “Flint” Vujea.

Headlining this festival is Cirith Ungol playing their first gig since 13th December 1991 at The Ventura Theater. “The Kings of the Dead Have Risen”. 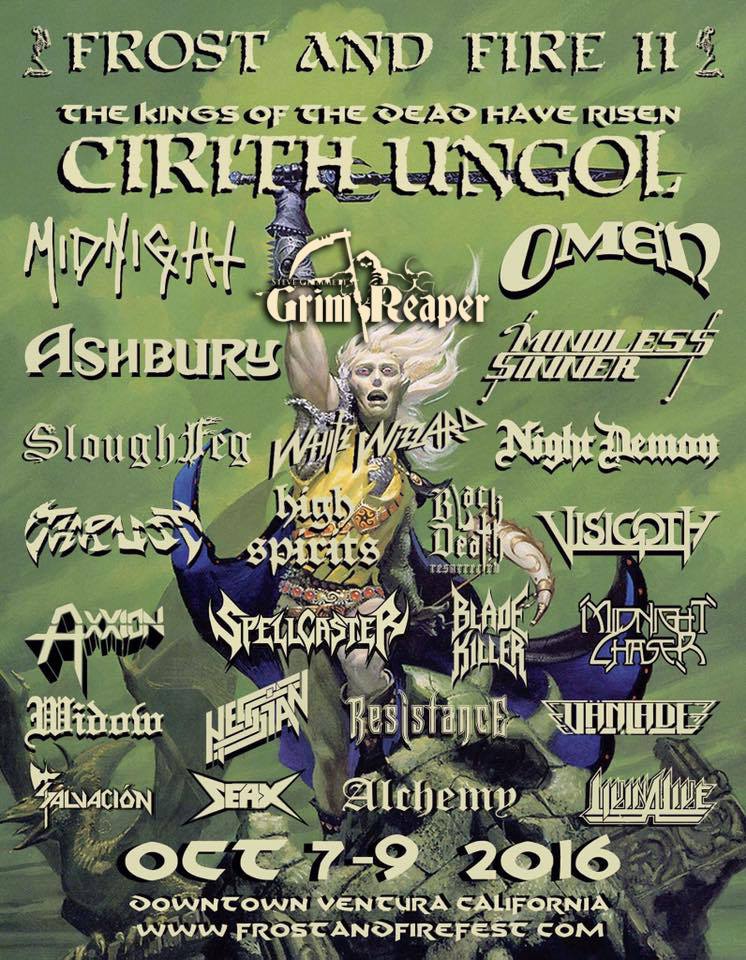