Underneath the new born sun,
Man and beast rejoice as one,
They cast apage their age-old kings,
Smash their chains and spread their wings.

Their seed corrupt, their lies undone.
The final fall – man s will be done.
They torch the sky and rape the land,
And plead for truth with blood-stained hands.

Mark their reign with greed and fear,
As justice calls to deafened ears,
Their twisted dreams bring forth the day.
A world of ash, and slow decay.

Underneath the blackened sun,
The final battle fought and won.
Mankind claims their just reward,
And chaos sounds the final chord.

Written already in 1987. This was unfortunately the last song on their last studio album in many years. Paradise lost! Music: Cirith Ungol, Lyrics: Tim Baker.

Extracts from some interviews:

Christian Wachter (Blood of the Ancients): Have you been inspired by the book John Milton`s “Paradise Lost” when you wrote the lyrics/music of this album? In which way has it impressed you and your personal thoughts? Is this title also to be seen as a metaphor for all those missed chances in the history of CIRITH UNGOL: I mean, you had the chance to get really big (the music spoke for itself…!), but the media never really cared about you…(a lost paradise = the failed – commercial – success)?

Robert Garven: Tim was the one that wrote the lyrics and conceived the concept of the “Paradise Lost” CD. It has been a long time since I read Milton’s epic, but I think that there is definitely a parallel there. I must tell you though the whole media thing is untrue. We had quite a bit of good press when the albums were released originally. There was a critic for the LA Herald, which really liked the band and gave us great reviews. There was also a critic for the LA Times that did several articles on the band and our local paper here in Ventura did a full-page expose on the group. In Europe the editor for Kerrang like the band and picked several of our LP’s in his top picks for the year. The only negative press I have read about Cirith Ungol was after the band broke up. There is some heavy metal encyclopedia, which says we were the worst heavy metal band of all time and that “Frost & Fire” was the worst heavy metal album of all time. I have also read several Internet reviews, which did not like our music. This does not bother me however as I really think the music speaks for itself. 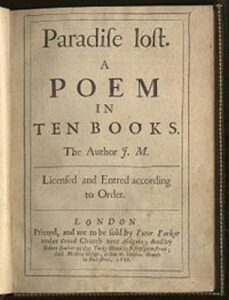 Eternal Flame: Your last CD was called “Paradise Lost” … Have you read old Milton’s epic? The lyrics of the song are quite negative about the future (and nature) of man: “As justice calls to deafened ears, Their twisted dreams bring forth the day. A world of ash, and slow decay.” Comments?

Robert Garven: Yes, we all read Milton especially Tim, I think the band as a whole had a very negative view of mankind as a whole and the direction we are headed.  I feel that we are on the road to self-extinction and it will probably be a good thing for the Earth. I hope this isn’t so but I think it will be the case.

There is one part on this song where we play two bars of some heavy chugging that was cut from the original album as the producer would not let any of the band members be present when the album was being recorded. This stupidity caused the removal of the best 20 seconds on the original song. It is 4 minutes 11 seconds into the song. Here it is, now in its complete and unabridged form!

Support the artists, buy records or merchandise of cirith ungol paradise lost 🛒
These links are automatic generated links and may not always give the best search result. Sometimes you might need to refine the search after having tried any of these links. Some are affiliates and some are not. If you know about any good deal for Paradise Lost, don't hesitate to add a link in the comment field or in the forum.
Categories:
0 0 votes
Article Rating
Subscribe
Connect withD
Login
Connect withD
0 Comments
Inline Feedbacks
View all comments 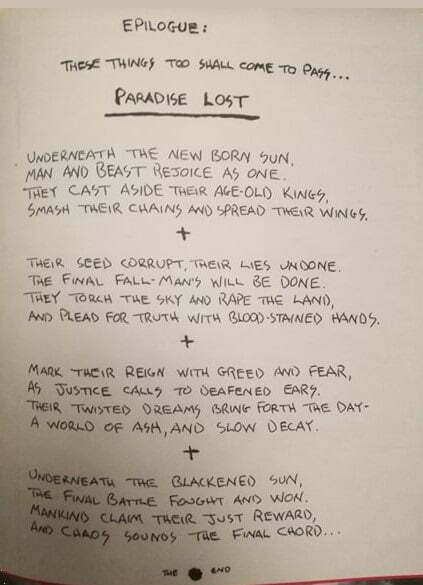