I shiver when I remember
The things that I have seen
I know the light, I know the Night
I have walked with things unseen
I have been a king invincible
I’ve been the poorest of the poor
I’ve pulled the mighty from their thrones
And laughed at Death’s own door

I roamed the world in search of life
Death followed in my wake
I searched for truth, I want the truth
And learned more than I could take
I’ve walked the roads of mystery
And it’s aged me much too soon
I’ve paid the piper and I’ve paid him well
But he still calls the tune

I shiver when I remember
The shadow of the past
The lonely ways, the lonely days
When every breath might be my last
I lost my heart, I lost my soul
By every hand betrayed
But I’ve still got strength, I’ve still got life
And that will never change

This was written by Greg Lindstrom. Jim Barraza’s favourite song on the album.

“I’m Alive” was one of our all time best songs, which we started almost every set with.

The LA Times said that the song “Alive” by “Pearl Jam” was a blatant rip-off of Cirith Ungol’s “I’m Alive”.

I’m Alive” is a favourite of mine, because the music and lyrics of “I’m Alive” really combine to evoke a melancholy mood

Demo of the song that appeared on Frost and Fire album.

(Sept 80) Again, not a lot different from the F & F version, but it’s got another great solo from Jerry. Sorry about the pops, that’s from switching in the vocals on the lead guitar track. The joys of trying to squeeze everything in on 4 tracks … The LA Times music critic reported that Pearl Jam’s ‘Alive’ was a rip off of this song!

Never before heard audio of I’m Alive and Join The Legion from the from reunion rehearsal with Robert Garven, Jim Barraza, Jarvis Leatherby, and Brent Woodward 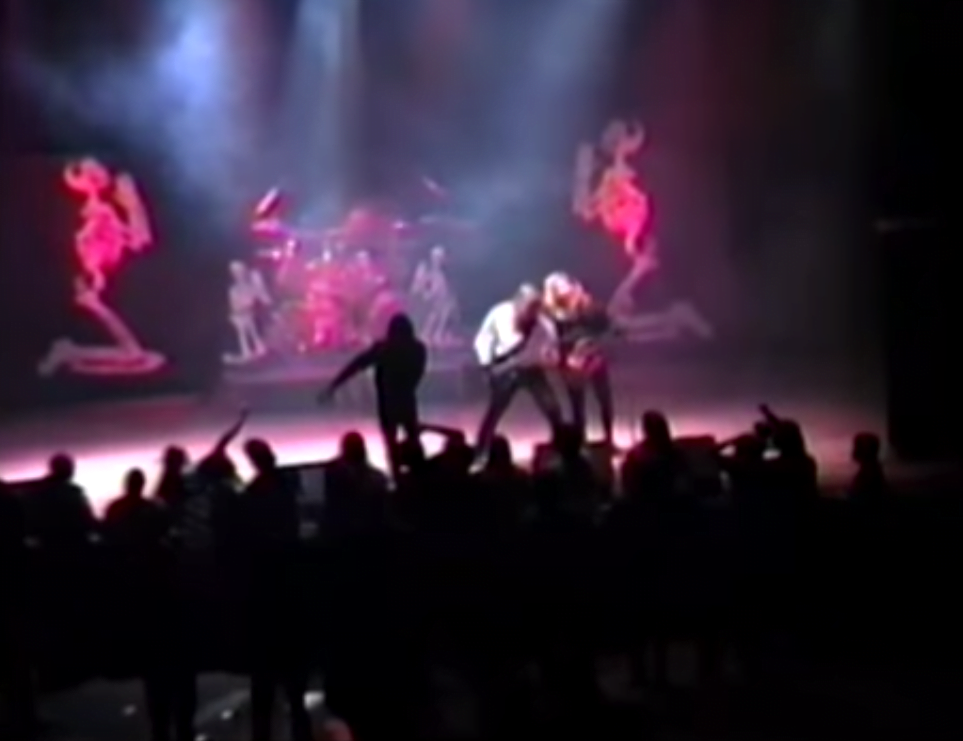 Support the artists, buy records or merchandise of Cirith Ungol Frost Fire 🛒
These links are automatic generated links and may not always give the best search result. Sometimes you might need to refine the search after having tried any of these links. Some are affiliates and some are not. If you know about any good deal for I’m Alive, don't hesitate to add a link in the comment field or in the forum.
Categories:
0 0 votes
Article Rating
Subscribe
Connect withD
Login
Connect withD
0 Comments
Inline Feedbacks
View all comments