He is the owner of Old Metal Records and an acquaintance/friend of Robert Garven. The first record to be released on Old Metal Records, was the Live 7″ vinyl. The EP was released with the band’s permission in 1996.

He was then asked to do the liner notes for the re-mastered CD’s on Metal Blade in 1999. His liner notes appears in the booklet for the remasters for the first three albums.

He is the drummer of the band October 31, who was planned to have a Cirith Ungol cover to be included on the One Foot in Fire tribute album.

Together with Marcel Dossantos (Deceased), he did a Cirith Ungol special back in 1984. 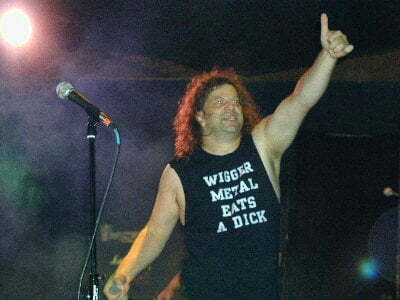