Scott “Scooter” Campbell or Scott William Campbell (17 Jul 1962 – 27 Apr 2017 ) played in Prophecy with Jimmy Barraza and for a brief time with Flint. He wrote Go it Alone for Prophecy which was covered by Cirith Ungol and his later band Ventura. He is also being thanked in the liner notes for King of the Dead, One Foot in Hell and Paradise Lost.

In his own words:

i grew up in ventura california..and
was priviledged to be part of the early metal scene in the mid 1970’s..
there was a thriving tape trading scene (back in the days of cassette
tapes!)…many so.cal. bands traded tapes underground and CIRITH
UNGOL were the most popular of all the bands….
I was in a band called “PROPHECY” at that time ..CIRITH
UNGOL and PROPHECY…booked our own metal shows together!
It was a crazy time! of fans would pack

the shows until there was
standing room only!..we were the heaviest ,darkest , bands
around!….All this BEFORE ungol’s first album!
I was already a huge fan..when my bass player KURT GROTHE
(“the CRUSHER”) introduced me to TIM BAKER and FLINT…
The bands became fast friends…TIM BAKER was a huge influence on
me not only lyricly…but vocally as well….I was, and am huge fan!
“GO IT ALONE” is a PROPHECY song…NOT A “VENTURA the
band” song..as listed on the UNGOL web site…[fixed!]
It was later COVERED by “VENTURA the band” In the 90’s…a band
I founded after the death of KURT GROTHE in 1987….
Originally Written and Recorded In 1987… By “PROPHECY” (Scott
Campbell – LYRICS,MELODY , Jimmy Barraza – ALL GUITARS ,
Kurt Grothe (‘THE CRUSHER’) – BASS, Howard (PUNKY ) Bailey –
DRUMS
Appearing on PROPHECY’S ” Go It Alone”.. “Black Christmas”..
“Eye Of The Storm” demo tape.

“GO IT ALONE”…. was written during PROPHECY rehersals at
Outlook Studios..in Ventura,Ca…in late 86′ or early 87′ as i
remember. Jimmy was a young energetic guitarist full of great
riffs…when he first played the opening riff for “GO IT ALONE”..
it stood out right away…we knew it was very commercial sounding..
especially for a PROPHECY song…but we liked it alot!….KURT and
JIMMY worked out the verse with “PUNKY” skilfully rounding out
the arrangement..I recorded it onto an old tascam 4 track…took it
home with me…next day at rehersal the song was complete….!
In late 1987 KURT GROTHE (“THE CRUSHER”) was killed in a car
accident….He was indeed the founder…and leader of PROPHECY….
We decided as a band….to let PROPHECY r.i.p. ….(rest in peace).
As a tribute to KURT…..PROPHECY did…one final tribute concert…
in his honor….with FLINT (From UNGOL) replacing KURT on the
bass!!!!…..IT WAS AWESOME!!!……FLINT was KILLER ! What an
AMAZING! show!….including an encore with original PROPHECY
guitarist MARC DOLE…and JIMMY together!……so that night
PROPHECY became part of metal history forever….
After the dust settled…jimmy went on to join CIRITH UNGOL….and
I formed “VENTURA the band”….
Just prior to the recording of PARADISE LOST …TIM BAKER told
me they would like to record “GO IT ALONE”…of course i was
thrilled…to have ANY part in an UNGOL album!!!..TIM changing a
few lyrics to suit his taste….worked his magic!….

“GO IT ALONE”….has gone on to become ,in my opinion, perhaps
the most controversial UNGOL song ever recorded….It seems you
either love it..or hate it….many have blogged about it being
too”commercial”….unfit for an ungol album….still others embracing
it’s slightly new direction ,”nice change!”as one wrote ….I see both
sides….Although i do feel “GO IT ALONE”….And the whole album..
would have had a completely different feel had it been produced by
CIRITH UNGOL…and not ron goudie…

Scott sadly passed away 27th April 2017. He has a memorial page here and gofundme. Rest in peace Scott. 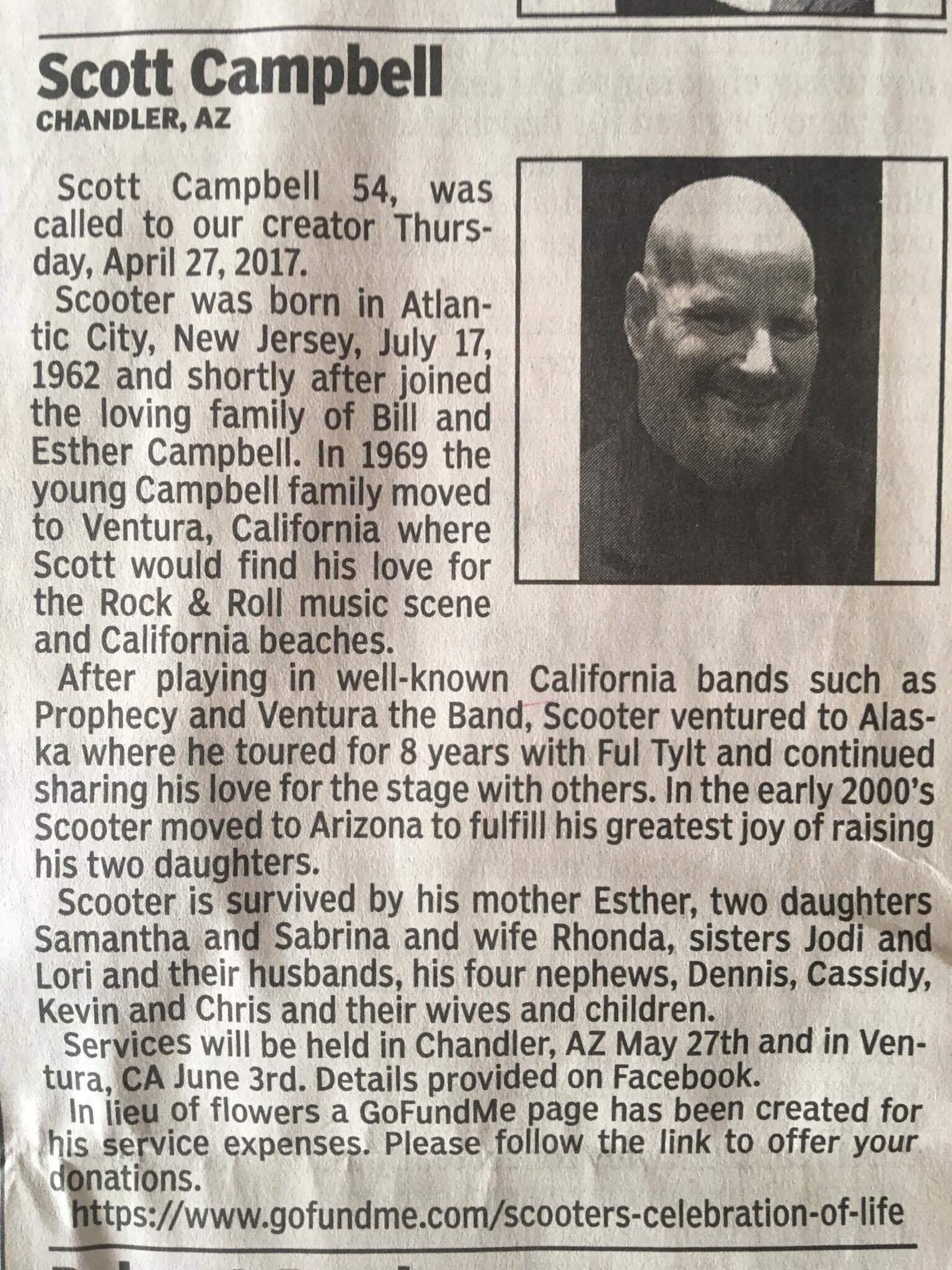 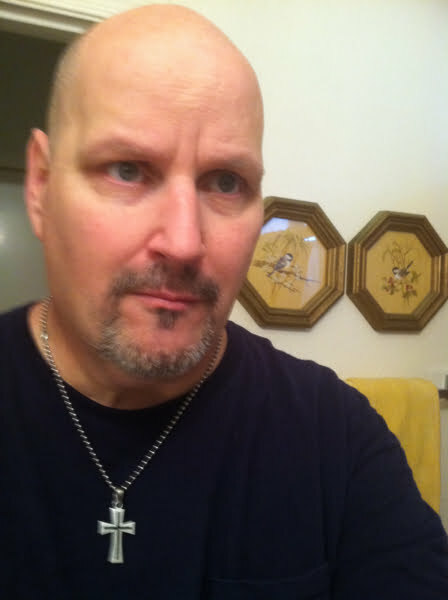