Band Mountain
Back to...

Mountain is an American rock band that formed in Long Island, New York in 1969. Originally comprising vocalist and guitarist Leslie West, bassist/vocalist Felix Pappalardi, keyboardist Steve Knight and drummer N. D. Smart, the band broke up in 1972 and has reunited frequently since 1973, remaining active today. Best known for their cowbell-tinged song “Mississippi Queen”, as well as for their performance at the famous Woodstock Festival in 1969, Mountain is one of many bands to be commonly credited as having influenced the development of heavy metal music in the 1970s. (Text taken from Wikipedia)

Cirith Ungol has played covers of Mountain. Unfortunately I have no info about which, when and where.

Support the artists, buy records or merchandise of Mountain 🛒
These links are automatic generated links and may not always give the best search result. Sometimes you might need to refine the search after having tried any of these links. Some are affiliates and some are not. If you know about any good deal for Mountain, don't hesitate to add a link in the comment field or in the forum.
Categories:
0 0 votes
Article Rating
Subscribe
Connect withD
Login
Connect withD
0 Comments
Inline Feedbacks
View all comments 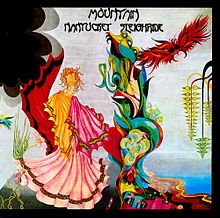 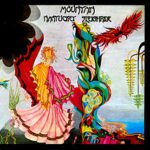