Death Of The Sun

Originally released on the japanese version of the album “Worms of the Earth” (2003).

Line-up on this song:

Andrea: We are Cirith Ungol fans since the childhood.We grew with bands like Cirith Ungol,we love their way to write Metal, obscure, slow and epic.

Why did you choose to cover Cirith Ungol?

Andrea: This is our tribute to a band that give us a lot of inspiration and that partecipated intensly in our metal grow..

And why exactly Death of the Sun?

Andrea: We like to re-arrange covers, we think that you must put your feeling and your style when covering another artist. We are an Epic Heavy Metal band, so we choosed the more different song, the one that is less similar to our style, so we were able to work on it very intensly 🙂

Death of the Sun is almost a punk song ,confronted with other CU tracks. We liked the lyrics and the way it arrive straight to your face in a bounce of tunes.. We improved the speed and made an heavy carpet of double bassdrum. In the middle of the song we put a little insert in pure italian prog style, with a progressive tempo, and huge guitar harmonizations.. we almost lost our singer while recording the lyrics because he tried to acquire the Tim Baker tunes and style (very biting voice, and rude in higher tones) 🙂 we wish you like our interpretation !!!

Additional liner notes are to be found in the booklet for the One Foot In Fire tribute album.

Support the artists, buy records or merchandise of Rosae Crucis Worms Earth 🛒
These links are automatic generated links and may not always give the best search result. Sometimes you might need to refine the search after having tried any of these links. Some are affiliates and some are not. If you know about any good deal for Death Of The Sun, don't hesitate to add a link in the comment field or in the forum.
Categories:
0 0 votes
Article Rating
Subscribe
Connect withD
Login
Connect withD
0 Comments
Inline Feedbacks
View all comments 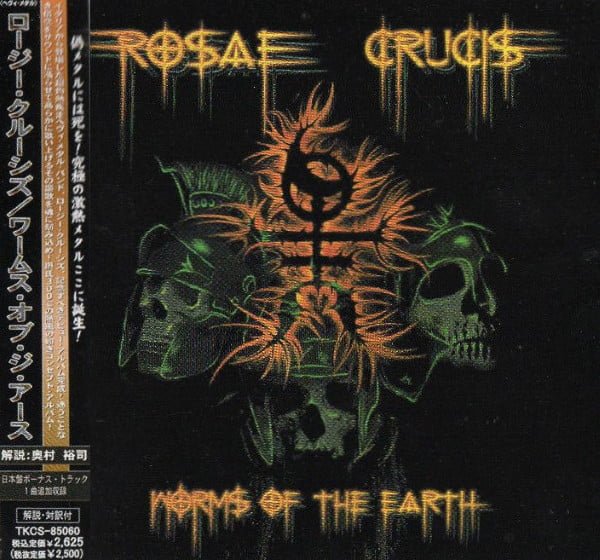