It is often said that the legendary swiss black/thrash/experimental metal band Celtic Frost took their name from this album. They took the “Frost” from “Frost and Fire” and changed “Cirith” to “Celtic”.

Of course we know about it. We even were supposed to play support for Celtic Frost shows in L.A., but their management didn’t want us! Sad, because you must know that we were always better live than on LP, we have over 1000 gigs behind us!

Celtic Frost are also being thanked in the booklet for One Foot In Hell.

However, in an interview with Tom G. Warrior (Celtic Frost, Hellhammer) a.k.a. Thomas Gabriel Fischer, talking about the bandname, there is no mention of Cirith Ungol.

I’ve always wondered where exactly the name Celtic Frost came from? I’ve read a few ideas on it but what is it’s real meaning?

It’s very typical Martin and me. We just couldn’t do it like any other band, we had to be different. We didn’t want to have a metal cliché name. we wanted to have a synonym for the apocalypse. So we chose “Celtic” as representative of human civilizations and we used “Frost” as a sign of decay, of death, of standstill, when everything freezes and dies. We took the name “Frost” especially because after the winter, after the frost, there is always a new spring and life blossoms again and to us it reflected very much the coming and going of the different civilizations on this planet.

One thing I’ve wondered…I’ve heard the band name pronounced “Keltic Frost” I guess like from Ireland derivative of the Celts? And I’ve also heard people pronounce it like “Seltic Frost.” Maybe you can set the record straight and tell us how it is supposed to be pronounced.

The official way, the correct way, is “Keltic.” That’s how the band was formed too. However, you guys in North America, 90% of you guys call it “Seltic.” Since Reed was in the band and Martin is a double citizen (he’s American too), this “Seltic” thing crept into the band and half the time we ourselves said “Seltic” and half the time we said “Keltic.” We caught ourselves, we tried to say “Keltic” but it’s so hard when you have your main market in America, it just slips in.

Tom G. Warrior (Celtic Frost): It’s because of CIRITH UNGOL that we decided on a two-part name for CELTIC FROST. We were die-hard fans.

Cirith Ungol and the crew are also mentioned in the thanks-list for their Morbid Tales album: THANK YOU VERY MUCH & “HELLO” TO: CIRITH UNGOL & CREW

In Tom’s ‘Are You Morbid’ book (long since out of print), Tom describes this. He and Martin are deciding what to call the band… Tom has a bunch of records laying around his room. One of these was Cirith Ungol’s ‘Frost and Fire’ album. Martin was quite a religion and history buff and had interests in civilizations which have disappeared. Martin says, “Celtic”, referring to one such civilization. Tom first says ‘Fire’, looking at the Cirith Ungol cover among the albums scattered around… then says ‘that sounds cliche. How about Frost?

Support the artists, buy records or merchandise of Celtic Frost 🛒
These links are automatic generated links and may not always give the best search result. Sometimes you might need to refine the search after having tried any of these links. Some are affiliates and some are not. If you know about any good deal for Celtic Frost, don't hesitate to add a link in the comment field or in the forum.
Categories:
0 0 votes
Article Rating
Subscribe
Connect withD
Login
Connect withD
0 Comments
Inline Feedbacks
View all comments 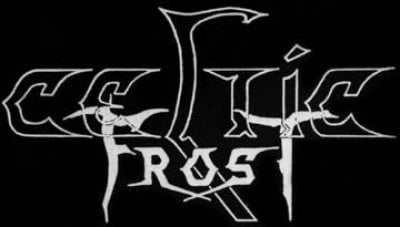