Creedence Clearwater Revival (often shortened to “Creedence” or “CCR”) was an American rockband active in the late 1960s and early 1970s. The band consisted of lead vocalist, lead guitarist, and primary songwriter John Fogerty, rhythm guitarist Tom Fogerty, bassist Stu Cook and drummer Doug Clifford. Their musical style encompassed the roots rock and swamp rock genres. Despite their San Francisco Bay Area origins, they portrayed a Southern rock style, with lyrics about bayous, catfish, the Mississippi River, and other popular elements of Southern American iconography, as well as political and socially-conscious lyrics about topics including the Vietnam War. (Text and image taken from Wikipedia)

Titanic (pre Cirith Ungol) has played covers of Creedence. Unfortunately I have no info about which, when and where.

Support the artists, buy records or merchandise of Creedence Clearwater Revival 🛒
These links are automatic generated links and may not always give the best search result. Sometimes you might need to refine the search after having tried any of these links. Some are affiliates and some are not. If you know about any good deal for Creedence Clearwater Revival, don't hesitate to add a link in the comment field or in the forum.
Categories:
0 0 votes
Article Rating
Subscribe
Connect withD
Login
Connect withD
0 Comments
Inline Feedbacks
View all comments 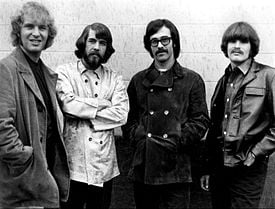