Black Doom Metal Psychedelia!! Demontage has been playing scattered shows on the local Toronto scene since 2005 with the current lineup.

In 2010 we began to get wider exposure in the international underground due to the release of our album “The Principal Extinction”, alongside releases from Manilla Road, Stygian Shore, Ironsword, and other greats. (In the band’s own words)

Something about Doomed Planet worked as a catchy live set song that we could capture some of the vibe of. We tried learning the title track of King of the Dead but it wasn’t working as well as Doomed Planet did. Also, One Foot in Hell is a less-represented album than the first two but is just as good!

We don’t currently plan on any studio recording of the cover, or covering any other songs, as yet.

Support the artists, buy records or merchandise of Demontage 🛒
These links are automatic generated links and may not always give the best search result. Sometimes you might need to refine the search after having tried any of these links. Some are affiliates and some are not. If you know about any good deal for Demontage, don't hesitate to add a link in the comment field or in the forum.
Categories:
0 0 votes
Article Rating
Subscribe
Connect withD
Login
Connect withD
0 Comments
Inline Feedbacks
View all comments 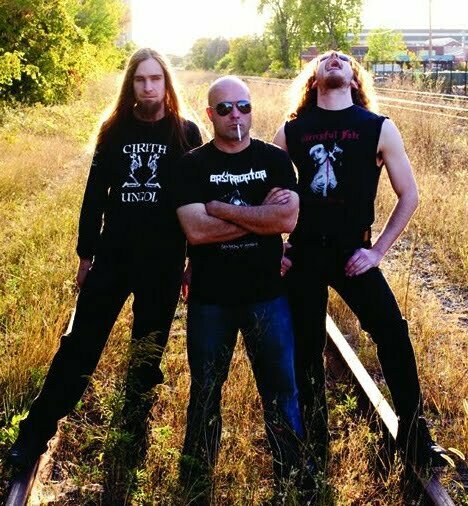