Buffalo were an Australian rock band formed in August 1971 by founding mainstay Dave Tice on lead vocals (ex-Head). Fellow founders, also from Head, were Paul Balbi on drums, John Baxter on guitar, and Peter Wells on bass guitar; together with Alan Milano on lead vocals (ex-Mandala). Milano left after their debut album, Dead Forever… (June 1972), and Balbi was replaced on drums by Jimmy Economou. Their next two albums, Volcanic Rock (July 1973) and Only Want You For Your Body (June 1974), were also issued by Vertigo Records. After 1975 line-up changes resulted in a more commercial sound and the group disbanded in March 1977. Australian musicologist, Ian McFarlane, noted that there was “nothing subtle about Buffalo’s primal, heavyweight sound, but it was delivered with a great deal of conviction … combining the dense, occult riffing … with the progressive blues chops … the band certainly captured the arrogant disposition of the times in a bold and thunderous fashion”. Alongside Billy Thorpe & The Aztecsand Blackfeather, Buffalo pioneered Australia’s heavy metal, pub rock and alternative rock movements. Peter Wells died on 27 March 2006, aged 58. (Text taken from Wikipedia)
Falcon has covered their song Leader. Perry has also jammed with Dave Tice (Buffalo) at Merton Estate Hotel in Sydney in 2008.

Support the artists, buy records or merchandise of Buffalo 🛒
These links are automatic generated links and may not always give the best search result. Sometimes you might need to refine the search after having tried any of these links. Some are affiliates and some are not. If you know about any good deal for Buffalo, don't hesitate to add a link in the comment field or in the forum.
Categories:
0 0 votes
Article Rating
Subscribe
Connect withD
Login
Connect withD
0 Comments
Inline Feedbacks
View all comments 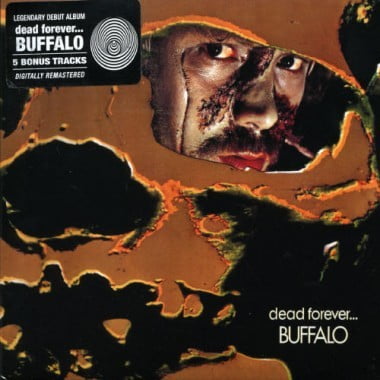