Cactus was initially conceived in late 1969 by former Vanilla Fudge members bassist Tim Bogert and drummer Carmine Appice after plans to team up with guitarist Jeff Beck were scuppered when Beck had an automobile accident and was out of the music scene for over a year.

This line-up produced three albums (Cactus, One Way…Or Another, and Restrictions) before intraband troubles led to McCarty quitting at the end of 1971. Shortly afterwards Day was fired from the group. The fourth and last Cactus album (‘Ot ‘N’ Sweaty) featured original rhythm section Bogert and Appice joined by Werner Fritzschings on guitar, Duane Hitchings on keyboards and Peter French (ex-Leaf Hound andAtomic Rooster) on vocals. (Text taken from Wikipedia)

Support the artists, buy records or merchandise of Cactus 🛒
These links are automatic generated links and may not always give the best search result. Sometimes you might need to refine the search after having tried any of these links. Some are affiliates and some are not. If you know about any good deal for Cactus, don't hesitate to add a link in the comment field or in the forum.
Categories:
0 0 votes
Article Rating
Subscribe
Connect withD
Login
Connect withD
0 Comments
Inline Feedbacks
View all comments 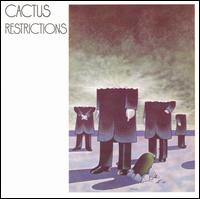 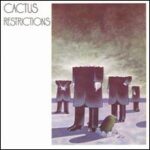