The Crazy World of Arthur Brown

Their song “Fire” (released in 1968 as a single) was one of the one-hit wonders in the United Kingdomand United States in the 1960s. “Fire” sold over one million copies, and was awarded a gold disc.

Brown quickly earned a reputation for both his powerful voice which spanned four octaves and his outlandish performances, including the use of a burning metal helmet, which led to occasional mishaps. During an early appearance at the Windsor Festival in 1967, Brown wore a colander on his head soaked in methanol. The fuel poured over his head by accident and caught fire; two bystanders doused the flames by pouring beer on Brown’s head, preventing any serious injury. The flaming head then became an Arthur Brown signature. On occasion he also stripped naked while performing, most notably in Italy, where, after setting his hair on fire, he was arrested and deported. He was also notable for the extreme make-up he wore onstage, which would later be reflected in the stage acts of Alice Cooper, Kiss, Mercyful Fate’s King Diamond and Marilyn Manson. (Text taken from Wikipedia)

Cirith Ungol covered their hit Fire for the Paradise Lost album in 1991.

Support the artists, buy records or merchandise of The Crazy World of Arthur Brown 🛒
These links are automatic generated links and may not always give the best search result. Sometimes you might need to refine the search after having tried any of these links. Some are affiliates and some are not. If you know about any good deal for The Crazy World of Arthur Brown, don't hesitate to add a link in the comment field or in the forum.
Categories:
0 0 votes
Article Rating
Subscribe
Connect withD
Login
Connect withD
0 Comments
Inline Feedbacks
View all comments 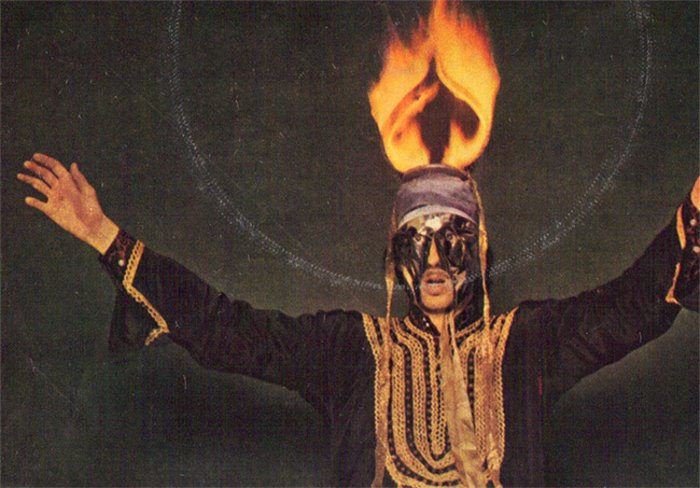