Johnny Rivers (born John Henry Ramistella, 7 nov 1942, New York City) is an American rock ‘n’ roll singer, songwriter, guitarist, and record producer. His repertoire includes pop, folk, blues, and old-time rock ‘n’ roll. Rivers charted during the 1960s and 1970s but remains best known for a string of hit singles between 1964 and 1968, among them “Memphis” (a Chuck Berry cover), “Mountain of Love”, “The Seventh Son”, “Secret Agent Man”, “Poor Side of Town” (a US #1), “Baby I Need Your Lovin'” (a Motowncover), and “Summer Rain”.

“Secret Agent Man” is a song written by P. F. Sloan and Steve Barri. The most famous recording of the song was made by Johnny Rivers for the opening titles of the American broadcast of the British spy series Danger Man, which aired in the U.S. as Secret Agent from 1964 to 1966. (Wikipedia)

Cirith Ungol has covered Secret Agent Man by Johnny Rivers in 1970’s, or eventually 80’s. That version appears on Servants of Chaos.

Support the artists, buy records or merchandise of Johnny Rivers 🛒

These links are automatic generated links and may not always give the best search result. Sometimes you might need to refine the search after having tried any of these links. Some are affiliates and some are not. If you know about any good deal for Johnny Rivers, don't hesitate to add a link in the comment field or in the forum.
Categories:
0 0 votes
Article Rating
Subscribe
Connect withD
Login
Connect withD
0 Comments
Inline Feedbacks
View all comments 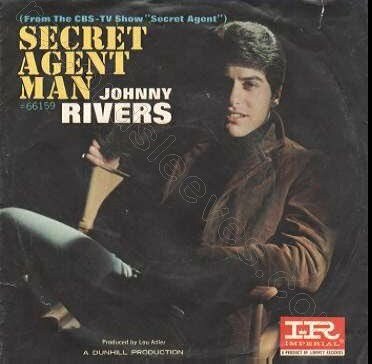