Johann Sebastian Bach (31 March [O.S./Julian 21 March] 1685 – 28 July 1750) was a German composerand musician of the Baroque period. He enriched established German styles through his skill incounterpoint, harmonic and motivic organisation, and the adaptation of rhythms, forms, and textures from abroad, particularly from Italy and France. Bach’s compositions include the Brandenburg Concertos, theGoldberg Variations, the Mass in B minor, two Passions, and over three hundred cantatas of which nearly two hundred survive. His music is revered for its technical command, artistic beauty, and intellectual depth. (Text and image taken from Wikipedia)

Cirith Ungol did a cover of Toccata in Dm for their King of the Dead album in 1984. Original title was Toccato In Dm (J.S. Bach). This was almost similar to Bach.

These links are automatic generated links and may not always give the best search result. Sometimes you might need to refine the search after having tried any of these links. Some are affiliates and some are not. If you know about any good deal for Johann Sebastian Bach, don't hesitate to add a link in the comment field or in the forum.
Categories:
0 0 votes
Article Rating
Subscribe
Connect withD
Login
Connect withD
0 Comments
Inline Feedbacks
View all comments 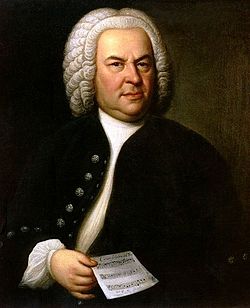