The core and most familiar line-up of the band was Glenn Hughes, Mel Galley, and Dave Holland. After Glenn Hughes’ departure in June 1973, Galley and Holland kept the band together with constantly varying members until 1979, when Holland went on to join Judas Priest. Holland tried to revive the band in 1990, after leaving Priest, but the band finally broke up in 1994. Their first three albums remain their best known and most commercially successful.

Cirith Ungol did cover their song Trapeze from the album Medusa (1970) in their early days.

Support the artists, buy records or merchandise of Trapeze 🛒
These links are automatic generated links and may not always give the best search result. Sometimes you might need to refine the search after having tried any of these links. Some are affiliates and some are not. If you know about any good deal for Trapeze, don't hesitate to add a link in the comment field or in the forum.
Categories:
0 0 votes
Article Rating
Subscribe
Connect withD
Login
Connect withD
0 Comments
Inline Feedbacks
View all comments 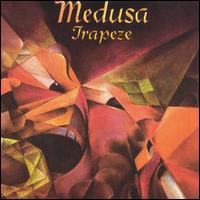