Tonight I’ll definitely be raising a glass to RJD over many spins of vinyl from throughout his four decade career. Ronnie Dio is a name that is conjured up the second anyone invokes the term "heavy metal." He brought class to a genre of music that many ignorant people condemned as mere noise. Four decades can’t be wrong, people. Yes, Ronnie James Dio and "HEAVY METAL" are synonymous. He lived the music. So, be sure to celebrate the man and his tunes… 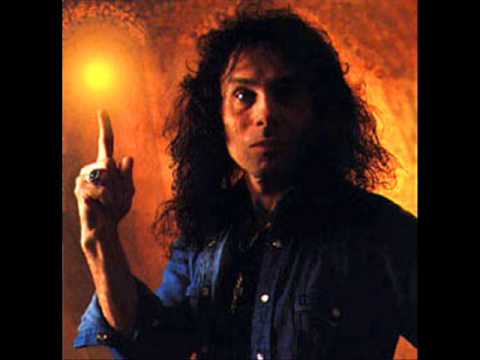 While I’m at it, here’s Ronnie James Dio singing "Die Young" for Sabbath from the infamous "Black & Blue" concert vid:

And, my old band, Destiny’s End, covering Dio’s "The Last in Line" back in 1999 for the tribute album Holy Dio: