All new video chatting with Cirith Ungol talking about their new album, Budgie, Therapy through a Lense and many more. All new Rock show ##planetrock #kerrang #metalhammermagazine… https://t.co/6jwgDQpYLh

1.Legions Arise is your latest release. Its a great song. When is your next release due?

Rob: Our first new album in 29 years, “Forever Black” will be released April 24, 2020! It was supposed to coincide with a 2-night headlining show at the Keep it True Festival in Germany, but due to the current situation it has been
rescheduled to August. The album however will still be releases on schedule. Two songs; “Legions Arise”, & “Before Tomorrow” can be heard online right now!

2. Frost and Fire was your first album I believe if I remember right 1981, Who was your influences growing up?

Rob: Yes, that is correct, we released Frost & Fire as a demo to attempt to get the attention of the major labels in 1981, even though that was not successful, it ended up being our 1 st official album. The band had many early influences, Mountain, Deep Purple, Budgie, Thin Lizzy, Black Sabbath, Dust, Lucifer’s Friend, Sir Lord Baltimore etc. We were also influenced by literature in the horror and Sword and Sorcery genres such as the “Lord of the Rings” by J. R.R. Tolkien, the “Elric of Melnibone” series by Michael Moorcock, “Conan the Barbarian” by Robert E. Howard.

3. You have been going over 40 years do you have any plans to celebrate this massive milestone?

Rob: The celebration is “Forever Black”! Actually next year is our 50th anniversary, let us hope we can all celebrate it together in health and good fortune!

4. 2019 you released a Live Album. Do you have plans of a full new studio album?

Rob: (see question 1) Yes our live album was released last year, and was a celebration of the bands reunion after so many years. We also had a single out in 2018, Witches Game which will be featured in a full length animated movie, The Planet of Doom which should be out in 2021.

5. You have had a huge career; do you get a lot of new artists asking you for advice?

Rob: We struggled for over 20 years at the beginning of our career with some critical acclaim but little commercial success. It seems “our” best strategy was to break up for 25 years! We are always asked about why our popularity so many years later. I think the reason could be attributed to the fact we wrote
music we believed in, and did not cater to the trends or fads happening at the time.

6. What advice would you give to a young musician who would like to be in a band?

Rob: Play what you enjoy, but most importantly go to school and get a good education. Just like in major sports only a handful of bands make enough money to live on, but a college degree can get you a good job anywhere. Plus,
with a good job and money you can buy lots of great equipment! It also allows you to play what you want. I would also say play music for enjoyment above all, because once the joy of playing music is gone, as a musician, you have little else…

7. Do you have any plans for a UK tour or festivals appearance?

Rob: We played the Frost & Fire Festival in London at the Underground a few years ago. It was a fantastic experience and we got to stay an extra day and have a day off. We did not get to see much of London, but went out on a drive in the English countryside to eat lunch at a beautiful manor house and to see Stonehenge. It was closed, but we walked several miles and got just close enough to be a scene worthy of “Spinal Tap”! Ha!! I am hoping that we are lucky enough to play there again in the future!

8. This interview will be going for my readers who support or suffer from mental illness and PTSD. What support or advice could you give a fan who loves your music or genre?

Rob: Our music can sometimes be very dark, as it is a reflection of the darker side of the world around us. However, there is always hope. I can’t speak for all bands that have Doom leanings, but I would like to think that mankind can rise above ignorance and hate and together we can create a better future, not only for man but for all living creatures.

I hope you get to hear the new album, and that we can meet someday soon! 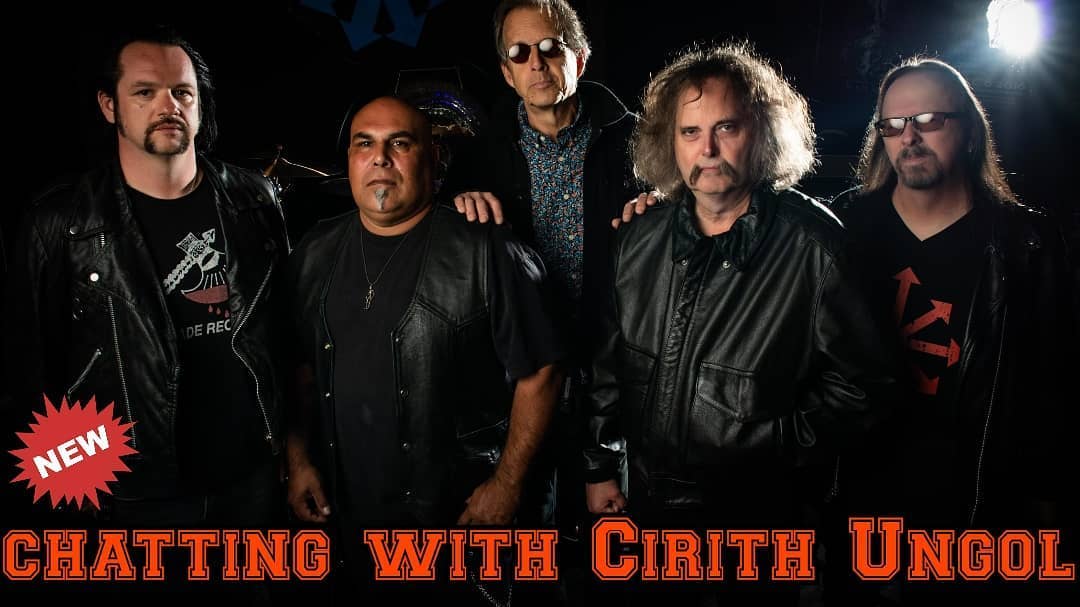