CIRITH UNGOL’s Bassist JAVIS LEATHERBY Reflects On Band’s Comeback Album: “It’s Dark and Doomy, and Now It’s the Perfect Time For An Album Like This”

Article CIRITH UNGOL’s Bassist JAVIS LEATHERBY Reflects On Band’s Comeback Album: “It’s Dark and Doomy, and Now It’s the Perfect Time For An Album Like This” • Published Tue 14 Apr 2020 Back to...

In a perfect world, Cirith Ungol should have been prominently featured in every half respectable metal publication, as much as other pioneers like Black Sabbath or Iron Maiden. Formed in 1971 in Ventura, California, they first appeared on the scene with their self-financed debut album, “Frost and Fire”, via their own Liquid Flame Records imprint in April 1981. It was obscure and arcane, mysterious and eccentric, epic and expansive, but most of all unfailingly, bone-crushingly heavy, dark and doom-filled.

Cirith Ungol went on to release two additional studio albums – “King of the Dead” and “One Foot in Hell” – now regarded as stone-cold classics. However, by the early 1990s, the musical climate was shifting away from traditional metal. The band was plagued with lineup instability and then came an unsatisfying studio experience during the recording of the 4th full-length album, “Paradise Lost”, that left them profoundly disappointed. Finally, after years of frustration took their toll, Cirith Ungol was laid to rest in May 1992

On October 8, 2016, the band officially returned to the stage by headlining the Frost and Fire II festival at the Majestic Ventura Theater, playing to a packed house of metal fans and friends who had converged in the band’s hometown of Ventura. The quartet of drummer Robert Garven, vocalist Tim Baker, and guitarists Greg Lindstrom and Jim Barraza recruited Night Demon bassist Jarvis Leatherby to fill that slot. As a seasoned musician, lifelong fan, and one of the driving forces to reanimate Cirith Ungol, Leatherby was the logical choice. Since then, the band has been on an upward trend, frequently playing the festival circuit in Europe, satiating long time fans and bringing their sound to a new generation. Evidence of that can be seen in the band’s 2019 live release, “I’m Alive”, reviewed here.

Fast forward to 2020, and the band is ready to release their first collection of songs in 29 years. Entitled “Forever Black”, it paints the picture of a dystopian future and bleak times, which coincide with our new reality worldwide. The band was understandably insecure about how their new songs would turn out, but the end result more than lives up to their legacy. Sonic Perspectives collaborator Rodrigo Altaf made the best of his time in isolation and took time to discuss the new album with Cirith Ungol‘s bass player Jarvis Leatherby. Listen to their engaging conversation using any of the links below. 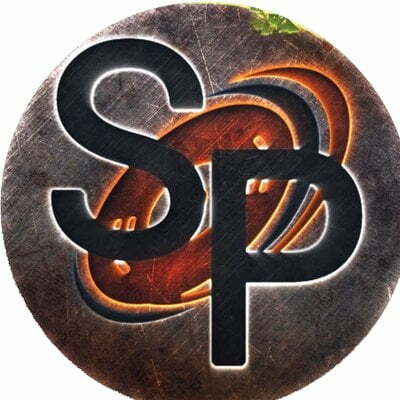 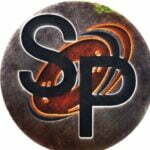