Defenders of the Faith: The Heavy Metal Photography of Peter Beste

Article Defenders of the Faith: The Heavy Metal Photography of Peter Beste • Published Fri 27 Sep 2019
Back to... 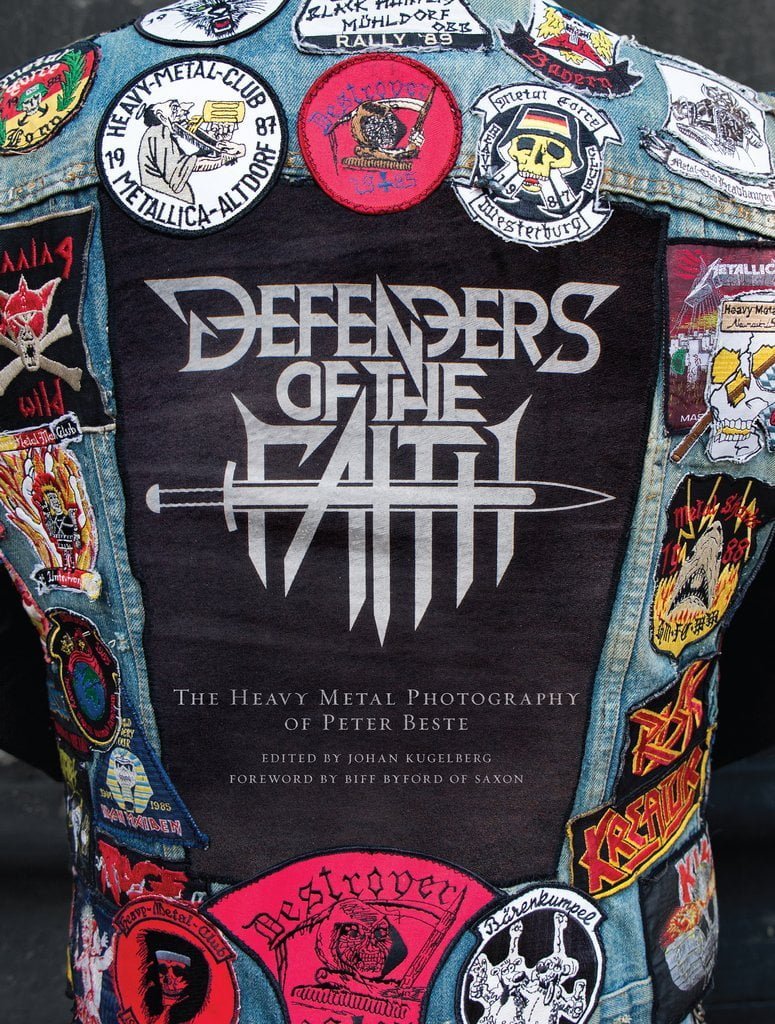 Defenders of the Faith – front 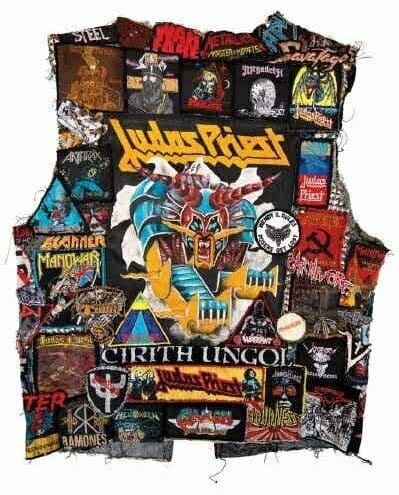 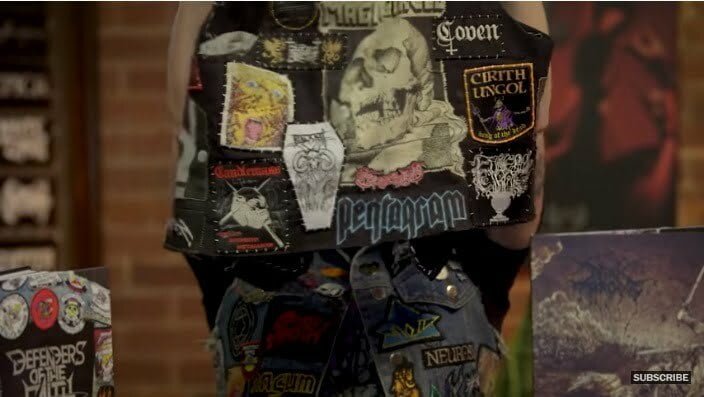 patches 2, and many more of the CU patches. 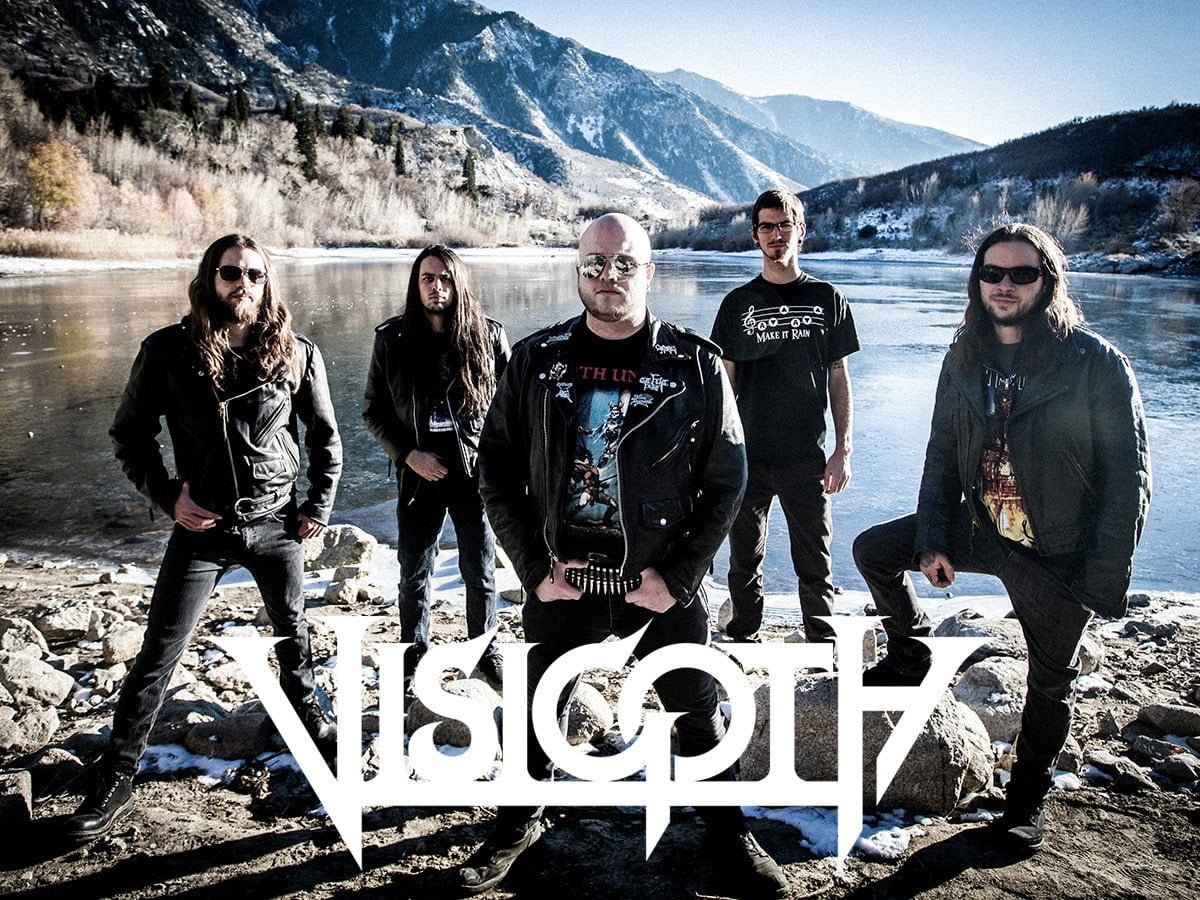 Defenders of the Faith: The Heavy Metal Photography of Peter Beste

Defenders of the Faith is a collection of heavy metal photography by the artist Peter Beste. These deluxe full color art books are all hardcover and embossed.

To celebrate the release we have limited edition battle vest starter packs as well as a small run of t-shirts.

***The limited-edition comes with a faux leather bound slipcase, a 7″ featuring unreleased music from blackened thrashers Aura Noir and old-school heavy metallers Black Magic, a Defenders of the Faith patch, and a two sided poster. Limited to 400 copies, only available direct from Sacred Bones.***

***The artist-edition comes with all of the above and a battle vest starter pack consisting of 5 other exclusive patches including new designs for Aura Noir and Black Magic, and a hand-numbered and signed artist print photograph. Limited to 100 copies, only available direct from Sacred Bones.***

The religious ferocity of Heavy Metal fandom is one of the most fervent in the history of subculture. The display of this fervor has been channeled and distilled throughout time into one sacred object: the battle vest. Often referred to as the Kutten (German for monk’s robe), the battle vest serves a multitude of purposes: as a musical CV, a badge of authenticity, a creative practice of identity, and a fashion statement. Defenders of the Faith documents the timeless and universal concept of fandom through the elevation of the battle vests, revering them beyond the sweaty bodies they adorn and the mosh pits they live in, to the status of religious artifact.

Photographer Peter Beste has been documenting subcultures for over 20 years. His first book True Norwegian Black Metal (Vice Books) was a portrayal of the extreme end of the genre and the stunning photos contained within translated far beyond the niche fans of the music, selling tens of thousands of copies. His critically acclaimed follow up book Houston Rap showed his breadth as a photographer and Juxtapoz called it “An astonishing and important insight into a great American cultural narrative.” Defenders of the Faith is Beste’s fourth book that has been edited by Boo-Hooray‘s Johan Kugelburg and his photographic treatment of traditional heavy metal culture and dress code is similarly striking. Metal fans, fashion enthusiasts, and subculture geeks will come to the book naturally but the images have a gravity of humanity that speaks to universal expression of passion and devotion and make the book instantly relatable.

Heavy Metal has survived and evolved through the decades, always maintaining a deep connection with its audience. The decorative armor of the battle vest serves as a visual history of the genre, memorializing the bands and also telling a personal story of each fan. This collaborative nature has always been at the heart of metal, elevating the individual and the communal beyond the dynamic of performer/audience. As Peter Beste put it himself, “For many, it shows how “true” one is by how authentic their patches are, which festivals they have attended, or which bands you got to see way back when. It is an object that gains in value as it deteriorates, and is pretty much never bought or sold. You have to create your own.” Recognizing these personalized artifacts as timeless and artistic expressions of the universal human experience of devotion helps shed light on metal’s place within our cultural history.

The book contains a foreword by Biff Byford of Saxon.

What bands were on it?

Of the three vests I currently have: One has an Iron Maiden – Somewhere in Time back patch, another with Manowar – Fighting The World, and one with the classic Motorhead logo back patch.

The other patches are a mix of different metal sub-genres with lots of bands like Heavy Load, Ashbury, Eternal Champion, Cirith Ungol, and some of my Norwegian friends, to name a few.

Support the artists, buy records or merchandise of Defenders of the Faith: The Heavy Metal Photography of Peter Beste


These links are automatic generated links and may not always give the best search result. Sometimes you might need to refine the search after having tried any of these links. Some are affiliates and some are not. If you know about any good deal for Defenders of the Faith: The Heavy Metal Photography of Peter Beste, don't hesitate to add a link in the comment field or in the forum.

Defenders of the Faith – front

patches 2, and many more of the CU patches.

If you ever wanted to see @CirithU on @MetalBlade play in New England, this may be you only chance at @NecronomiConPVD with #Warhorse & #Sanhedrin at the @ColumbusTheatre #ArmageddonShop August 19TH! Poster by Maegan LeMay [twitter.com] [pbs.twimg.com]

If you ever wanted to see @CirithU on @MetalBlade play in New England, this may be you only chance at @NecronomiConPVD with #Warhorse & #Sanhedrin at the @ColumbusTheatre #ArmageddonShop August 19TH! Poster by Maegan LeMay Read more…