Inside My Brain is the debut album by the American punk rock band Angry Samoans, released in 1980. Re-release on new cover painting on 1987

Get Off the Air

The most infamous song on the album, “Get Off the Air”, was directed at influential KROQ-FM DJ Rodney Bingenheimer.

the photo is from the 1966 low-budget horror flick THE BLACK CAT, made in Texas. a cinematic version of the Edgar Allen Poe short story of that same name. and it ain’t a “girl with an axe in her head,” it’s the protagonist’s WIFE. good times. INSIDE MY BRAIN (Bad Trip), released October/Nov 1980.

There is many The Black Cat film from Edgar Allen Poe. But these is director and writer from Harold Hoffman.

Support the artists, buy records or merchandise of Angry Samoans 🛒
These links are automatic generated links and may not always give the best search result. Sometimes you might need to refine the search after having tried any of these links. Some are affiliates and some are not. If you know about any good deal for Inside My Brain, don't hesitate to add a link in the comment field or in the forum.
Categories:
0 0 votes
Article Rating
Subscribe
Connect withD
Login
Connect withD
0 Comments
Inline Feedbacks
View all comments 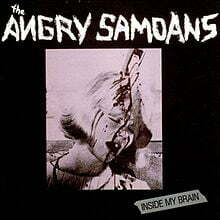