Washed In The Blood

The album was enigineered and mixed by Vern Green and released on John David Orvis’ own label Say Listen. As you can imagine, the music here is very far from Cirith Ungol.

A music video from one of the tracks

John David Orvis has come full circle. From his musical beginnings in the jazz swing era recording with his own band, he has sampled a multitude of career alternatives, from ranch worker to actor, from carpenter to writer of children’s books, finally rededicating himself to the endeavor that has always been closest to his heart — making music.

With the Winter, 1995 release of a new CD, Washed In The Blood, on his own Say Listen! label, John is bringing to bloom the seeds he has nurtured for years. The gospel and blues tinged selections on Washed In The Blood include both new compositions and John’s own arrangements of traditional gospel songs by Mahalia Jackson and Sister Rosetta Tharpe. As eclectic as the collection of tunes on Washed In The Blood may be, they are united by a common theme of faith and hope, and the belief that music has the power to heal. Washed In The Blood is a heartening blend of blues and gospel music that is a unique augmentation to the “Contemporary Christian” genre.

John is based in Ojai, a small town north of Los Angeles, where he moved more than twenty five years ago, after stepping back from his thriving musical career in Hollywood in favor of raising his family. John may have left Hollywood, but he always kept the love of music that first entered his life when he was bedridden by paralysis as a young boy, where his first musical inspiration came from the likes of Les Paul, Barney Kessell, Chet Atkins, and Hank Snow. With such influences, it should come as no surprise that John’s instrument of choice is the guitar, which he began to play when he was fourteen years old.

In the mid-fifties, he discovered the musical inspirations that have come to wield the most significance in his work and his life — the blues of Muddy Waters, T Bone Walker, Litfie Jr. Parker, and B.B. King, along with the gospel music of Mahalia Jackson and Sister Rosetta Tharpe. In 1955, he appeared and won on the show, “Rocket To Stardom,” and that same year, he released a hit single, “East L.A.,” which launched him on the path to success. John’s first band was a quartet, The Sessionaires; he then played with a variety of other groups, eventually forming a five piece band, Smoke, which was managed by the legendary Gene Autry.

Through the early sixties, Smoke recorded two LP’s, one of which featured the hit single, “Carry On Your Idea,” written by John in 1963. The band pefformed as the opening act for a wide variety of the musical superstars of that era, such as Neil Diamond, Joe Cocker, Eric Burden and the Animals. Even before forming his own bands, John had begun to make a name for himself as a session player and soloist, and he continued to supplement his work in Smoke by pefforming and recording with a variety of artists. His distincitive guitar sound has graced the work of the Norman Brown Sextet with Tommy Thompson, Big J McNealy, The Coasters, Frankie Lane and Canned Heat, and earned him the opening slot for Jimi Hendrix at Devonshire Downs in 1969.

John moved to Ojai to escape the fast-paced city life of Los Angeles, and although he spent many years at various other jobs while raising his four children, John David Orvis continued to write and perform his music. Strapping a pig-nosed amplifier to his back, and rambling the streets of Ojai while playing his custom left-handed Fender guitar, he became something of a tourist attraction in the quaint town, where he was dubbed “The Original Ojai Blues Man.” Once his children were grown, he returned to full time performing, with gigs at local clubs, benefits, schools, and at the annual Bowlful of Blues Festival.

A burly, bearded biker, John has also worked extensively in film and television. Under his stage name of “Junior Bryant,” with his wife, P.K. he has appeared in feature films such as The Beverly Hillbillies, Thelma And Louise, Hot Shots, Mobsters, and The Blues Brothers to mention a few. The rough and tumble demeanor that attracts Hollywood casting agents to John differs dramatically when he is among the children of Ojai, who have come to know John and P.K. as Santa and Mrs. Claus.

In 1991, John faced a life-threatening illness. He prevailed, and set out with a new fervor, and a goal to share the message that saved his life time and time again. The songs on Washed In The Blood are born out of the hard and dark times he has endured, when both his physical and spiritual self were threatened by illness, poverty, and despair.

Although Washed In The Blood may mark John’s return to the recording industry, this time it is on his own terms and his own turf. John recorded the CD in his personal studio, and he was joined in his musical endeavors by an assortment of excellent musicians, including Jimmy Calire (of Rave, Buffalo Jazz Ensemble, and America), Gary Frommer (who has played with Billie Holiday, Stan Getz, Maynard Ferguson, and Art Pepper), Yarda Kettner (who has played with Yanni, Pasadena Symphony, Santa Barbara Symphony, Concertmaster of Los Angeles Ballet, to name a few) and F. Vern Green (of Broken Silence), who engineered and mixed the project. John and P.K. run their label, Say Listen!, from Ojai.

As the field of Contemporary Christian music gains wider recognition amidst more secular musical choices. John David Orvis will touch the hearts of an audience eager to share his uplifting message and unique style of music.

Ps, Is the same “John Orvis of Smoke” and “John David Orvis” ? possibly not.

Support the artists, buy records or merchandise of John David Orvis Washed In The Blood 🛒
These links are automatic generated links and may not always give the best search result. Sometimes you might need to refine the search after having tried any of these links. Some are affiliates and some are not. If you know about any good deal for Washed In The Blood, don't hesitate to add a link in the comment field or in the forum.
Categories:
0 0 votes
Article Rating
Subscribe
Connect withD
Login
Connect withD
0 Comments
Inline Feedbacks
View all comments 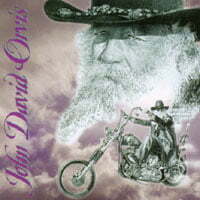