Ferrari 308 QV (Quattrovalvole) is a V6/V8 1981-84 model of the car. This track is basically the sound of a Ferrari engine, Rob and Greg’s hymn to their favourite car. It is by far not their only reference to Ferrari cars. See also Ferrari.

Greg and I met in 1971 and we instantly hit it off as we both had a love for sports cars, especially Ferrari’s! This is a friend’s car (Gary Reed) on a dyno. What other engine can compare to a Ferrari? The answer is none!!!!!

Metal Heart: It’s no secret anymore that you are big Ferrari-Fan. And I heard you even got one…Isn’t that a quite expensive hobby? Which type and model do you own? (I’m asking that cause I’m as well a big fan of those cars…)

Robert Garven: Yes, I am and have been an enormous fan of Ferrari since the age of 11! Racing and cars were an inspiration and theme for several of our songs over the years. I originally started talking to Greg, as he and I were fellow auto enthusiasts at a young age. I was really hoping that if the band got big one of my dreams was buy many Ferrari’s as I feel that they are not only cars but also works of art. I now consider myself very lucky to have just one red 1975 Dino 308 gt4. I am not wealthy yet I managed to get married (no kids) and buy a small house and own a classic Ferrari. (Not bad for a failed rock musician!) I do all the work on it myself as a hobby and this summer I performed a major engine service. There are many things I do not like about our country, but for some reason the car is king here and there are many affordable Ferrari’s! Where I live in Southern California it hardly rains or gets cold so it is the perfect environment to own and drive a car as this. Although we do not have the Autobahn, unfortunately! I do not have much money but I do have my priorities!

Diabolical Conquest: I understand that you have always been deeply into Ferraris, and finally satiated a lifetime yen for your very own Ferrari. What is it about the car that has fascinated you for so many years? It would appear that a Ferrari is a strange rock n’roll fetish, when most blue-collar rock n’roll outlaws champion the Harley Davidson.

Well don’t get me started! I was attracted to Ferrari as a child, being born on the same day that Dino Ferrari died in Italy 50 years ago. I remember the first time I saw a Ferrari in San Francisco, I was around 11 at the time. I remember getting down on my hands and knees in front of it looking at the prancing horse badge and thinking that this is the most beautiful thing I have ever seen. Many Ferraristi have similar stories. It is funny as we have some popularity in Italy and I have a love for all things Italian. I even have a Roman soldiers outfit that I wear around sometimes! My main love is the sound of the engines. The heart of every Ferrari is the engine and unless you have been in a 12 cylinder Ferrari at 8000 rpm redline there is no way to explain the mechanical symphony produced. My Dino is only an 8 cylinder but it has 4 double throat Weber carburetors and it has its own scream which I an enamored with. At night flames shoot out of the exhaust pipes! Actually many rocker and drummers have a love for the cars, as they are the pinnacle of automotive achievement! Period!

Eternal Flames: Imagine you are winning a free-holiday-journey – where would you prefer to go: To Egypt to watch the pyramids, a week of fishing somewhere up in Canada (very quiet and restful) or a trip to the French seaside at autumn where it’s cold and windy?

Robert Garven: I am a Ferrari enthusiast, so I would have to say my dream vacation would be a trip to the Ferrari factory then to see the Italian Grand Prix at Monza, where hopefully Ferrari would come in first and second with Michael Schumacher on top of the podium!

Support the artists, buy records or merchandise of cirith ungol servants of chaos 🛒
These links are automatic generated links and may not always give the best search result. Sometimes you might need to refine the search after having tried any of these links. Some are affiliates and some are not. If you know about any good deal for Ferrarri 308QV On Dyno At 8000 RPM, don't hesitate to add a link in the comment field or in the forum.
Categories:
0 0 votes
Article Rating
Subscribe
Connect withD
Login
Connect withD
0 Comments
Inline Feedbacks
View all comments 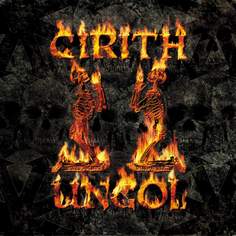