Dust’s second album Hard Attack is on Greg Lindstrom’s Top Thirty list and the song Pull Away / So Many Times was included on Greg Lindstrom’s Heavy Rockin’ Raw compilation CD. Here is a review by Robert Garven from 28 Mar 2008 for Dust’s self-titled debut album:

These guys were a great band, not sure what happened to Marc Bell’s drumming in the Ramone’s, but here it is great. I also like their second album [Hard Attack] better but make no mistake these guys rocked. The band I was in was inspired by Frank Frazetta’s paintings on Hard Attack and wanted one on our first album, however a country rock band [Molly Hatchet] got the one we wanted entitled “Berserker” and we got “Stormbringer”, which has humbled me to this day.

Both of Dust’s albums are available at Amazon.com and eBay.com. 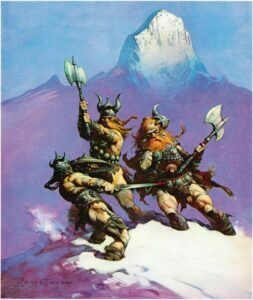 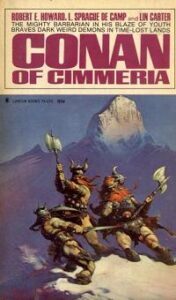 Beatin’ the Odds didn’t paint any of Cirith Ungol’s covers, but one of his paintings were supposed to be used on the Frost and Fire LP.

At the time we wanted a “Sword and Sorcery” theme cover called “Berserker” by Frank Frazetta, a famous sword and sorcery artist, but it was taken by the country rock band MOLLY HATCHET! 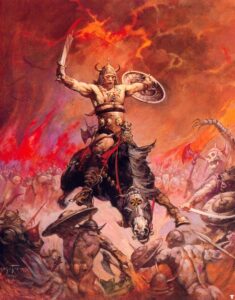 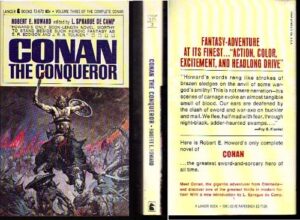 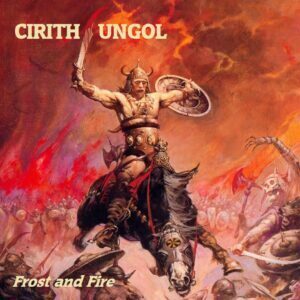 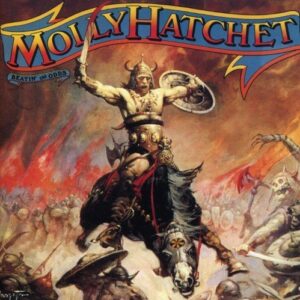 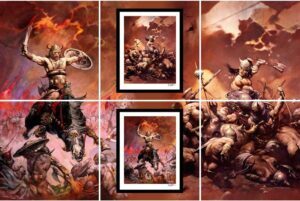 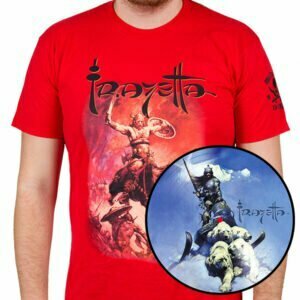 The left T-shirt: The Berserker

Beatin’ the Odds is available at Amazon.com and eBay.com 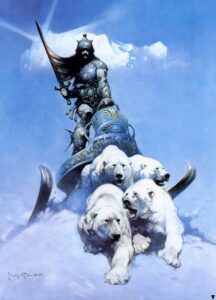 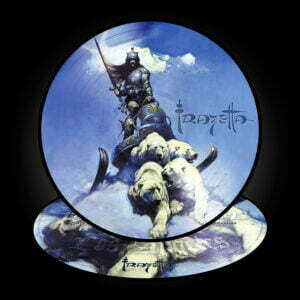 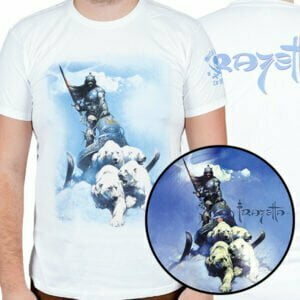 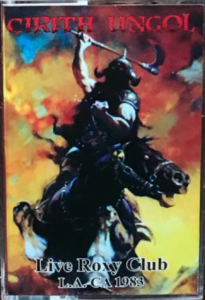 Learn more about Frank Frazetta and his artwork here:

Support the artists, buy records or merchandise of frank frazetta 🛒
These links are automatic generated links and may not always give the best search result. Sometimes you might need to refine the search after having tried any of these links. Some are affiliates and some are not. If you know about any good deal for Frank Frazetta, don't hesitate to add a link in the comment field or in the forum.
Categories:
0 0 votes
Article Rating
Subscribe
Connect withD
Login
Connect withD
0 Comments
Inline Feedbacks
View all comments 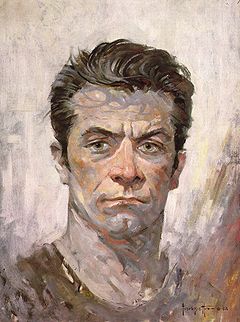 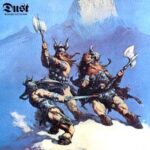 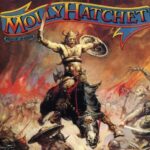