Starship is an American rock band. Initially a continuation of Jefferson Starship, it underwent a change in musical direction, the subsequent loss of key Jefferson Starship personnel, and a lawsuit settlement that led to a name change. Before it was Jefferson Airplane.

Grace Slick is an American singer-songwriter, musician, artist, and former model, widely known in rock and roll history for her role in San Francisco’s burgeoning psychedelic music scene in the mid-1960s. Her music career spanned four decades. She performed with The Great Society, Jefferson Airplane, Jefferson Starship, and Starship. She also had a sporadic solo career. Slick provided vocals on a number of iconic songs, including “Somebody to Love”, “White Rabbit”, “We Built This City”, and “Nothing’s Gonna Stop Us Now”. Wikipedia.

Knee Deep in the Hoopla is the 1985 debut album by Starship, the successor band to Jefferson Starship. It was certified platinum by the RIAA, and is best remembered for spawning the No. 1 hits “We Built This City” and “Sara”; the album’s title comes from a lyric of the former.

“We Built This City” is a 1985 song written by Bernie Taupin, Martin Page, Dennis Lambert, and Peter Wolf, and originally recorded by US rock group Starship and released as their debut single on their album Knee Deep in the Hoopla.

Commercially, the single reached number one in Australia, Canada and the United States; the top 10 in Germany, Ireland, Sweden and Switzerland; the top 20 in Belgium, New Zealand and the United Kingdom; and number 21 in Austria and the Netherlands. It has appeared on several “worst song” lists, topping a 2011 Rolling Stone poll of worst songs of the 1980s by a wide margin.

The song features Mickey Thomas and Grace Slick sharing lead vocals. MTV executive and former DJ Les Garland provided the DJ voice-over during the song’s bridge. Additionally, some radio stations, with the help of jingle company JAM Creative Productions in Dallas, Texas, would insert their own opening line to promote their stations.

I’ve had the privilege of spending the day with Grace Slick shooting an MTV Video, visited back stage with Carlos Santana (he bogart’s, ha-ha), and even randomly ran into Ozzy Ozbourne here in town (he was 1/2 brain dead, ha-ha). Or I should say that he ran into me. Literally. It was at a Mexican restaurant, he was eating then heading straight to rehab. And of course it has been awesome to play in a band that is finally getting some well-deserved recognition. 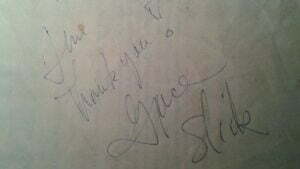 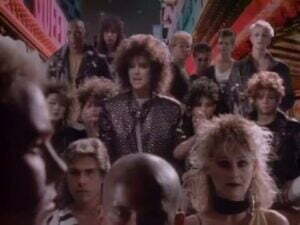 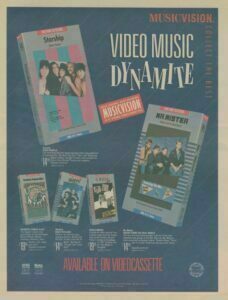 Support the artists, buy records or merchandise of Starship 🛒
These links are automatic generated links and may not always give the best search result. Sometimes you might need to refine the search after having tried any of these links. Some are affiliates and some are not. If you know about any good deal for Starship, don't hesitate to add a link in the comment field or in the forum.
Categories:
0 0 votes
Article Rating
Subscribe
Connect withD
Login
Connect withD
0 Comments
Inline Feedbacks
View all comments 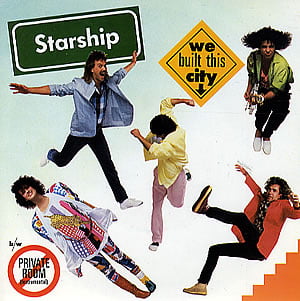