Elric 5. The Bane of the Black Sword

Elric 5. The Bane of the Black Sword 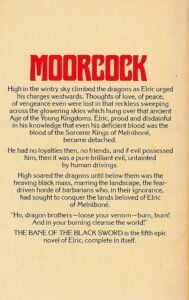 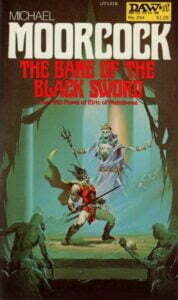 High in the wintry sky climbed the dragons as Elric urged
his charges westwards. Thoughts of love, of peace,
of vengeance even were lost in that reckless sweeping
across glowering skies which hung over that ancient
Age of the Young Kingdoms. Elric, proud and disdainful
in his knowledge that even his deficient blood was the
blood of Sorcerer Kings of Melnibone,
became detached.

He had no loyalties then, no friends, and if evil possessed
him, then it was a pure and brilliant evil, untainted
by human drivings.

High soared the dragons until below them was the
heaving black mass, marring the landscape, the fear-
driven horde of barbarians who, in their ignorance,
had sought to conquer the lands beloved of Elric
of Melnibone.

“Ho, dragon brothers-loose your venom-burn, burn!
And in the burning cleanse the world!”

THE BANE OF THE BLACK SWORD is the fifth epic
novel of Elric, complete in itself. 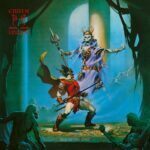 King of the Dead

Support the artists, buy records or merchandise of Michael Moorcock Bane of the Black Sword 🛒

These links are automatic generated links and may not always give the best search result. Sometimes you might need to refine the search after having tried any of these links. Some are affiliates and some are not. If you know about any good deal for Elric 5. The Bane of the Black Sword, don't hesitate to add a link in the comment field or in the forum.
Categories:
0 0 votes
Article Rating
Subscribe
Connect withD
Login
Connect withD
0 Comments
Inline Feedbacks
View all comments 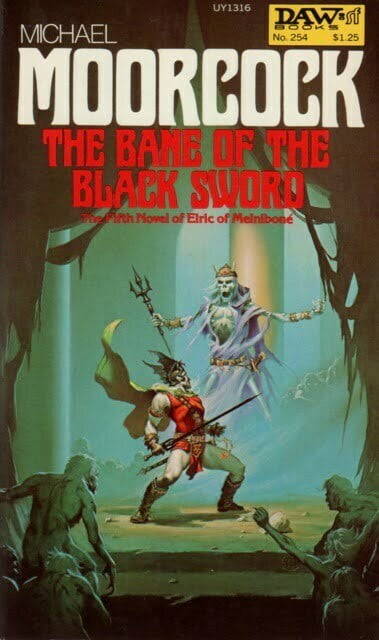