Record labels Back to... 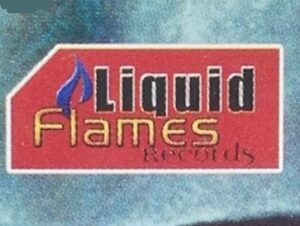 The debut album by Cirith Ungol and the first two albums by Falcon was released on Liquid Flames. Definitively 1976 on concert, probably 1973, or even earlier.

The name we decided on was Liquid Flames Productions, which had a logo of a burning sun. (Robert, Interview 1999) Founded by William Hein & Wesley Hein in Torrance, CA. Enigma was initially part of an independent music importer/distributor Greenworld Distribution, but split off in 1985. It was distributed by JEM Records, Important, and Capitol Records until 1989 when Capitol/EMI acquired rights from the Heins.

In addition to releasing their own albums, Enigma acted as a marketer and distributor for other labels including Metal Blade Records and Mute Records. Enigma also maintained several sub-label imprints with Restless Records being the most active.

Allegedly bankrupted by the excesses of the band Poison, Enigma merged with its sub-label Restless Records in 1991.

Enigma Records (also known as Enigma Entertainment Corporation) was a popular rock and alternative American record label in the 1980s.

Enigma Records was initially a division of Greenworld Distribution, an independent music importer/distributor, which it split-off from in 1985 to become its own company. The label was initially located in Torrance, California, then El Segundo, California and finally Culver City, California.

Enigma was founded and run by brothers William and Wesley Hein. Jim Martone joined the company in 1984 and ultimately became a partner. Enigma focused on punk rock, alternative, and heavy metal music though it also released techno, jazz and classical music through subsidiary labels.

Enigma Records was initially distributed through independent record importers/distributors such as JEM Records and Important Records. In 1984, Enigma entered into a joint venture with EMI America. Among the artists signed under the venture were the Red Hot Chili Peppers and SSQ (later renamed Stacey Q and signed to Atlantic Records). In 1986, Enigma moved its distribution to Capitol/EMI, a major record label, while leaving its Restless Records division with independent distributors. Enigma was acquired by Capitol/EMI in 1989 and finally merged with Restless in 1991, where its operations, catalogs and some of the artists moved to.

Enigma’s Canadian division was closed in 1992 and was reorganized into FRE Records. However, it filed for bankruptcy in 1996 and in 1999 its back catalogs were sold to DROG Records.

It was the record label arm of Greenworld Distribution, a company that was founded in September 1978. Co-founders William and Wesley Hein later formed Enigma, an imprint that remained aligned with Greenworld until third co-founder Steve Boudreau divested his interest in Enigma in 1985. Greenworld closed all operations in 1986. Metal Blade Records is a record label founded by Brian Slagel in 1982. The U.S. corporate office for Metal Blade is located in Agoura Hills, California. It also has offices in Germany, Japan, Canada, and the UK. The label is distributed in the U.S. by RED Distribution, in Canada by Sony Music Entertainment and worldwide by Warner Music Group. It was distributed by Warner Bros. Records in the United States from 1988 to 1993.

Metal Blade Records was founded by Brian Slagel, who at the time was a record store employee in suburban Los Angeles, as a way to increase the recognition of local metal bands. The label’s first release was a compilation album called The New Heavy Metal Revue presents Metal Massacre, and included Metallica, Ratt, and Black ‘N Blue.

Metal Blade artists that have appeared on the Billboard Top 200 chart include The Goo Goo Dolls, Amon Amarth, Trouble, As I Lay Dying, Behemoth, The Black Dahlia Murder, Slayer, Cannibal Corpse, Fates Warning (the first Metal Blade band to have achieved this), Lizzy Borden, Anvil, Gwar, King Diamond, Job for a Cowboy, Whitechapel, Armored Saint, The Red Chord, Unearth, Between the Buried and Me, D.R.I. and Corrosion of Conformity.

From 1985 to 1998, Metal Blade had a sublabel called Death Records, which released recordings by D.R.I., Corrosion of Conformity, School of Violence, Cryptic Slaughter, The Mentors, Cannibal Corpse, Atheist, Angkor Wat, Loss for Words, Dr. Know, Beyond Possession, and Dark Funeral.

Founded by King Fowley. The 7″ Cirith Ungol Live EP was released in 1996 and was the first record to be released on this label. In 1991 Restless and a number of Enigma Records titles were acquired by Bill Hein and Joe Regis and re-launched in Hollywood, California. In 1992, Restless acquired the Twin/Tone Records label and classic titles by such artists as The Replacements, Soul Asylum, The Jayhawks and Ween. This added to Restless’ already substantial catalogue of titles by They Might Be Giants, The Cramps, The Dead Milkmen, Devo, The Flaming Lips, Stiff Little Fingers, T.S.O.L. among others.

In 1997 Restless was acquired by Arnon Milchan’s New Regency Productions, one of the entertainment industry’s largest independent film production companies. Restless remained a subsidiary of New Regency until 2001, during which time, Restless released many of New Regency’s soundtracks including L.A. Confidential, Fight Club and Malcolm In The Middle (the title song to which earned They Might Be Giants a Grammy in 2001).

After New Regency sold its interest back to Hein and Regis in 2001 Restless entered into a distribution deal with Ryko Distribution which led to a sale to Ryko Corp. Ryko was later acquired by Warner Music Group in 2006. Since then, some of the albums originally released under Restless went out of print, referred to by They Might Be Giants in their newsletter as “the almost instant collapse of Restless Records after the events of 9/11.”

In 1997, Restless was acquired by Arnon Milchan’s New Regency Productions, one of the entertainment industry’s largest independent film production companies. Restless remained a subsidiary of New Regency until 2001, during which time Restless released many of New Regency’s soundtracks.

In 2001, Restless was bought by Rykodisc as part of their revitalization efforts following a short-lived Rykodisc/Palm Pictures merger. It continues to operate as a division of Rykodisc.

The label was launched in 1980 in the Netherlands. Roadrunner’s initial business was importing North American metal-band recordings into Europe. In 1986, Roadrunner opened its US headquarters in New York and later opened offices in the United Kingdom, Germany, France,Japan, Australia, Denmark, and the latest in Canada. Early successes included albums from King Diamond (the first Roadrunner artist to enter the Billboard Top 200 albums chart) and Annihilator. The label also handled early Metallica releases in the Scandinavian region. The end of the 1980s saw the release of two albums that are now considered classics of their respective genres:Obituary’s Slowly We Rot and Sepultura’s Beneath the Remains.

Beginning in 2001, Roadrunner was distributed by the Universal Music Group through a share of the label owned by The Island Def Jam Music Group. This deal has now expired.

On June 11, 2008, Roadrunner Records was voted as the “Best Metal Label” by Metal Hammer at their Golden Gods Awards, an award that it has won the past four years in a row. The award was accepted by Sharon Den Adel and Ruud Jolie of Within Temptation, one of Roadrunner’s biggest acts.

However, Roadrunner has also been accused of being a label only interested in current or trendy alternative music, reflected by their roster of mainly popular and metalcore acts. The most notable example of this is the treatment of the main death and thrash metal bands on Roadrunner’s roster throughout the 90s including Obituary, Deicide, Death, Gorguts and Pestilence who were either dropped or left the label after ill treatment. One of the earliest names on the label, King Diamond (who was originally signed to then-Roadracer with the legendary Mercyful Fate before embarking his solo act), left the label due to alleged lack of promotional support for the 1990 King Diamond[9] release, The Eye. Type O Negative left Roadrunner in 2006 following a dispute over the label releasing a “hits” compilation, The Best of Type O Negative, without prior notification to the band, which led them to accept a more appealing offer from SPV Records. In 2008, punk cabaret chanteuse Amanda Palmer was told by the label that they wanted to re-edit her video for “Leeds United” to make her look slimmer, causing a firestorm on the Internet from fans. On April 6, 2010, Palmer announced on her Twitter account that Roadrunner had dropped her. The most recent complaints about Roadrunner have come from one of the label’s biggest bands Megadeth.

Roadrunner Records was significantly affected by Warner Music Group’s legal dispute against YouTube, including having their account’s YouTube partnership canceled. Most of the videos on their channel, however, are still viewable. There is even a disclaimer talking about Warner’s dispute right on the channel.

On November 11, 2010, Warner Music Group announced they had acquired the remaining of Roadrunner’s stock. Roadrunner will continue to operate as a distinct brand within WMG, according to sources. Cees Wessels, the label’s founder, remains CEO.

On April 26, 2012, it was announced that Warner Music Group were to make substantial cutbacks throughout Roadrunner Records worldwide operations. According to staff working at the company, The UK offices and the Canadian offices of Roadrunner Records are to be closed completely, with severe levels of cutbacks occurring across the rest of the label worldwide. It has also been announced that the Roadrunner office in The Netherlands is to close, and that the label’s founder Cees Wessels is stepping down from his role of CEO.

One Foot In Fire – A Tribute to Cirith Ungol was released on this label. This is Sven the Axe’s own label, who also plays in the the band Solemnity, which is also featured on the tribute album. Mostly text are from Wikipedia 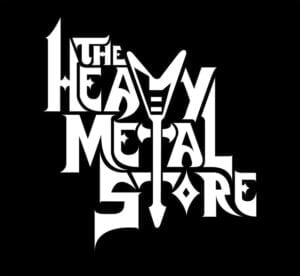 WELCOME TO THE HEAVY METAL STORE! We are an online shop based in the United States, dedicated to bringing true metalheads the most badass heavy metal music and merchandise. We are home to the official U.S. merch stores for heavy metal bands such as Midnight, Satan, Night Demon, Cirith Ungol, Screamer and Visigoth. We also offer Heavy Metal T-shirts, our own Mystery Metal Mixtape series, and high quality officially licensed Heavy Metal Digital Downloads with revenue shares going directly to the bands. Please sign up for our email list (below), as we will be adding much more!

Support the artists, buy records or merchandise of Record labels 🛒
These links are automatic generated links and may not always give the best search result. Sometimes you might need to refine the search after having tried any of these links. Some are affiliates and some are not. If you know about any good deal for Record labels, don't hesitate to add a link in the comment field or in the forum.
Categories:
0 0 votes
Article Rating
Subscribe
Connect withD
Login
Connect withD
0 Comments
Inline Feedbacks
View all comments 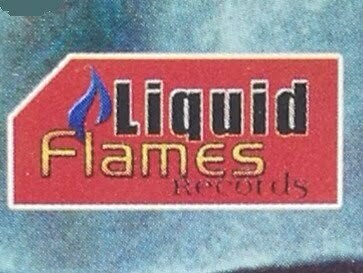