This release has various songs on specific dates, but the complete tracklist from latest 22 Jan 2009.

On the tracklist on around Mar 2008, it was changed to the opposite:

It has added Against Nature and Have Mercy on tracklist on newer dates. And also some of the release has changed from 1991 to 1990.

John Brenner has written this:

Metal Merchants (1983) (pre-Revelation)
From about 1982-1983, Bert and I played in various incarnations of a 5-piece cover band named Metal Merchants, with two or three different singers. We were both 16 years old. This tape is a rehearsal of two songs recorded at St. Rita’s high school gymnasium, where we rehearsed one time, in Dundalk, MD: Victim of Changes (Tom Harris sings) and Phantom of the Opera (Scott Alpigini sings). We had a third singer named Matt Slowikowski, but no tapes of this band have surfaced yet.

Rampage (1984) (pre-Revelation)
After breaking up Metal Merchants, Bert and I formed a 4-piece cover band with Bobby Blumberg (drums) and Scott Alpigini (vocals) named Rampage. This band played a handful of local shows and parties before breaking up in late ’84. Bert and I used to press the other guys to play heavier songs, such as Manowar or Accept, and it was always a battle. We also began writing our first original songs and rehearsing them, but nothing came of them and no tapes exist of them. Here are two rehearsals:

Have Mercy (1985) (pre-Revelation)
The song “Haunted Sleep” is the only song I wrote for Have Mercy. We played it at rehearsals and once or twice live. Here is a live recording of the song from 1985.

Panic (March 1986) (pre-Revelation)
The band Panic existed in a few different forms, starting sometime in early 1985, when we were a 5-piece cover band that included Steve, Bert, Andy Kremer, and me. (Once, we won “Most Popular Band” in a battle of the bands. Steve and Bert still have their trophies.) I left this band to join Have Mercy in the summer of 1985. In early ’86, after my time with Have Mercy, Steve, Andy, and I re-formed Panic as a 3-piece doom metal band. In June, we changed our name to Revelation, which was one of our favorite songs by Trouble. Here is a three-song rehearsal from March, during the time we still called ourselves Panic. We were still mixing thrash metal with doom metal, although we took even the slow songs at a faster pace than we would later. The song “Mind Control” contained riffs that we would eventually work into the song “Confusion.” I don’t think we had decided who would sing at the time, so the songs have no vocals.

07 Intro (1988) 01:08
Recorded with my Fostex 4-track cassette recorder, this song features a double lead harmony over clean guitars. My plan was to use it as an intro for our “The Illusion of Progress” demo, but I never did.

00:52
This song exists only as a fragment. Perhaps I taped over the original and it is lost forever. Or perhaps a complete version is on another tape, still missing. I remember recording three Cirith Ungol songs: “Better Off Dead,” “I’m Alive,” and “Edge of a Knife.” Only this fragment remains so far. Also missing are versions of Manilla Road’s “Crystal Logic” and Nigro Mantia’s “Death Romance” and “Monolith of Infinity.”

10 Angel Witch (1988) (Angel Witch cover) 03:41
A great song by one of my favorite bands, Angel Witch. I never got around to recording vocals for any of these cover songs, so they remain instrumentals.

11 Hiding Mask (1988) (The Obsessed cover) 03:46
I didn’t drop tune for this song, as Wino did, but played it in E instead. Revelation used to play The Obsessed’s “Hiding Mask” at rehearsal regularly, although at the time the original song had yet to be officially recorded and existed only on a cassette. I had many, many cassettes of The Obsessed.

12 Death Or Glory (1988) (Holocaust cover) 03:20
Holocaust was another of my favorite bands, and in 1988 people still weren’t too familiar with them. Revelation was supposed to cover this song, but we never got around to learning it well enough.

13 Little Faith (1988) 05:13
A song that would appear on our “The Illusion of Progress” demo (and eventually recorded by the Mark III version of the band), “Little Faith” was one of the first written. Bert Hall had recently joined the band, and we had been rehearsing 5 new songs for the demo. I played bass on this track, and I imitated, with the drum machine, Steve’s already written drums.

14 Blessed Realm (1988) 03:15
Another demo for our first recording with Bert Hall, for the “The Illusion of Progress” demo. As with “Little Faith,” we were to change some minor parts and riffs for the official recording.

15 Infinite Nothingness (1988) 04:15
This song was largely unchanged when we recorded it for the demo, except for a small part in the middle. I believe Bert is playing bass on this recording.

16 Long After Midnight (1988) 05:25
On this recording, I took the song at a much faster tempo, as I did all these songs, than we would record them. Perhaps this is a symptom of playing with a drum machine, or perhaps we were thinking much faster then, with the excitement and challenge of Bert joining Revelation.

20 Against Nature (1990/91)
A friend of mine recently unearthed a tape containing the song “Against Nature” from the same sessions as those above. I suppose I must have given copies to friends, who traded them, years ago.

22 Antique (1990/91) 02:36
“Antique” is one of several all acoustic guitar or acoustic-based songs I was writing at the time. None of these were planned to be released and none were considered Revelation songs. They were private recordings that I played only for friends. I had a cheap Cassio keyboard that I used for these songs, which I would later also use for our “Never Comes Silence” record.

24 Seascape (1990/91) 05:02
This song is so named because of the white noise sound on the Cassio that reminded me of the sea. I was thinking of the sound of the surf, seagulls overhead, and the slow, irrevocable erosion of the beach.

26 4-Part Song (1990/91) 03:19
This song is not my original, but I can’t remember the composer–I’ve lost the sheet music for it. It’s a modern classical guitar piece in four voices. This isn’t a good performance at all; I never got around to recording a better one.

These are demos and rehearsals from the earliest days of Bert and John playing music together in 1983, to John’s 4-track recordings at home, through the preparations for the Never Comes Silence release in 1992. All songs are from old, deteriorating cassette tapes, so the sound is hissy and the quality mostly poor.

Trivia: Paleontology 1983-1992 has tracklist of demos and out takes. But in general, paleontology is the study of ancient life. 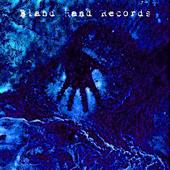