Written by Lindstrom. Another song related to F1 cars. This is about Jim Clark who was killed in a fatal F2 racing accident. See also Ferrari.

Clark was a versatile driver who competed in sports cars, touring cars and in the Indianapolis 500, which he won in 1965. He was particularly associated with the Lotus marque.

He was killed in a Formula Two motor racing accident in Hockenheim, Germany in 1968. At the time of his death, he had won more Grand Prix races (25) and achieved more Grand Prix pole positions (33) than any other driver. In 2009, The Times placed Clark at the top of a list of the greatest-ever Formula One drivers.

Greg’s lyrics on Cirith Ungol’s Frost and Fire are very introspective, and I relate to them a lot. Maybe we’ve been through similar things growing up. Some of his other lyrics, like say “Jimmy Clark,” don’t dwell on personal stuff, but I dig how they tell a story. Much the same way Phil Lynott did with “Frankie Carroll” or “Johnny the Fox Meets Jimmy the Weed.”


Or send directly to Falcon if you want to order or have any questions.

These links are automatic generated links and may not always give the best search result. Sometimes you might need to refine the search after having tried any of these links. Some are affiliates and some are not. If you know about any good deal for Jimmy Clark, don't hesitate to add a link in the comment field or in the forum.
Categories:
0 0 votes
Article Rating
Subscribe
Connect withD
Login
Connect withD
0 Comments
Inline Feedbacks
View all comments 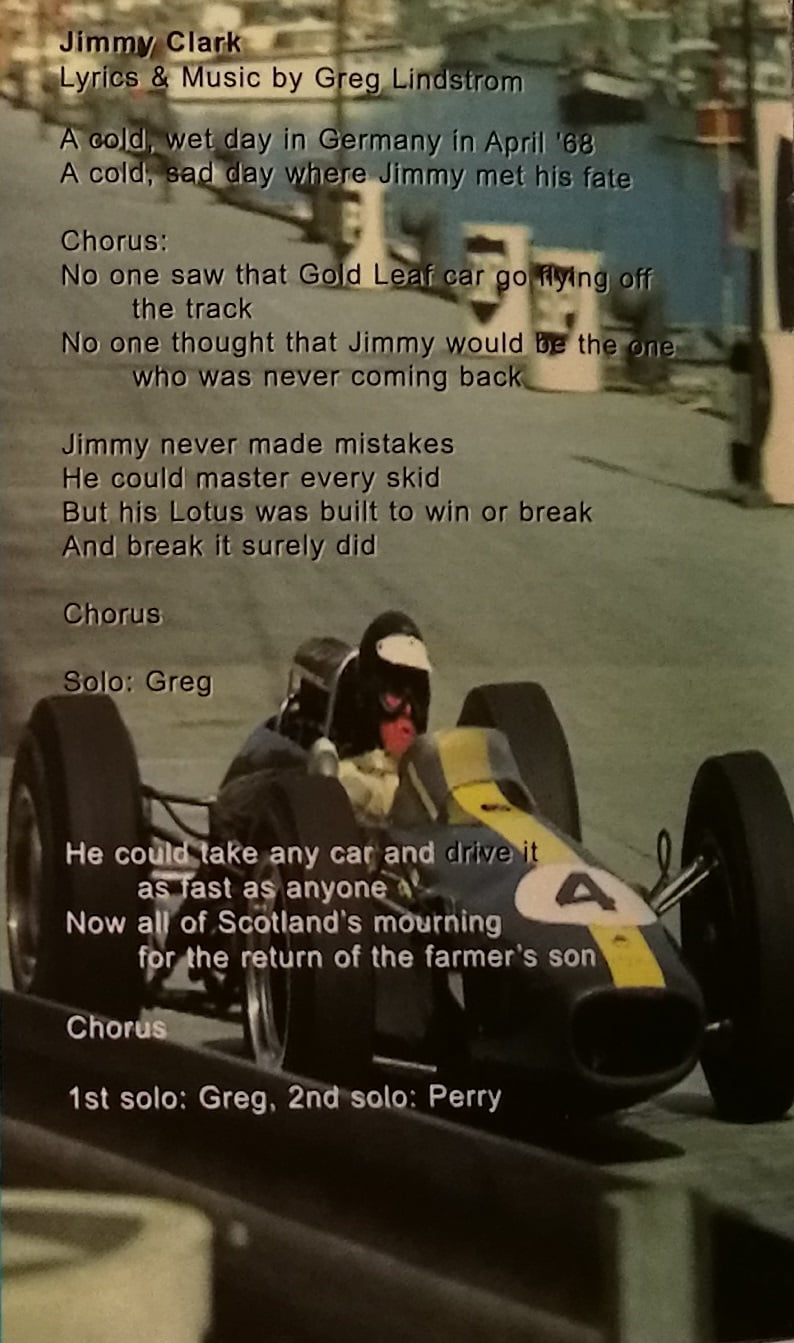