Hides under a bridge,
Where he can t be seen.
Huddled under a bankpage,
Staring into a stream.
Wanna cross this bridge,
Well better be aware.
There is a brown hairy troll,
Gonna give you a scare.

Monster from beneath.
Bastard of grief,
Such a sad sigh,
Does he wanna die?
In a mind of fear,
The troll lives in my mind.
I must forget this fear of regret.

A picture of the Fremont Troll under the Aurora bridge in Seattle. The troll, and probably also the lyrics to this song, is derived from the Scandinavian folktale Three Billy Goats Gruff (“De tre bukkene bruse”).

The song was written by guitarist Joe Malatesta. Rob describes this and Heaven Help Us as”really not our style”. I would agree on Heaven Help Us, but I have to disagree on The Troll. I’ve even always thought The Troll was one of the best songs here. Joe left before the album was released.

The guitarist Joe Malatesta’s song was “The Troll” and the bass player Bob Warenburg’s song was “Heaven Help Us”. Although these songs really were not our style we really had no choice.

Support the artists, buy records or merchandise of cirith ungol paradise lost 🛒
These links are automatic generated links and may not always give the best search result. Sometimes you might need to refine the search after having tried any of these links. Some are affiliates and some are not. If you know about any good deal for The Troll, don't hesitate to add a link in the comment field or in the forum.
Categories:
0 0 votes
Article Rating
Subscribe
Connect withD
Login
Connect withD
0 Comments
Inline Feedbacks
View all comments 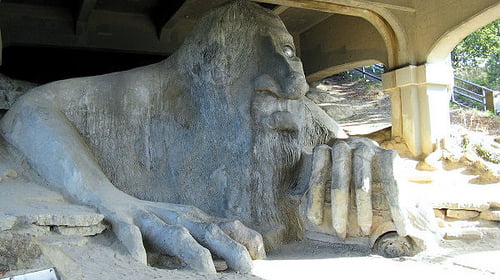