The Angry Samoans also known as The Queer Pills.

MYSTIC craphole STUDIOS: Steak Knife, Lights Out, and They Saved Hitler’s Cock (and the other three Queer Pills 7″ep tracks) (Lights Out and a rough mix w/Tod vocal of Steak Knife are sent to Takeit! zine and issued on the DK’s nazi punks fuck off flexi-7″ep)

the Back From Samoa cut used this track of “They Saved Hitler’s Cock,” BUT with a different “lead vocal” (of Todd’s).
this 7″ inch mix has the “toilet bowl vocal” which i way preferred but was outvoted on. however a band that never takes a formal vote on anything tallies such matters outside a court of international law.

‘The Queer Pills’ is an alias of ‘Angry Samoans’. Earliest copies sold were unstamped; the name ‘Angry Samoans’ was later rubber stamped on the sleeve in red ink.

Barcode and Other Identifiers 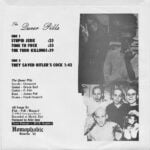 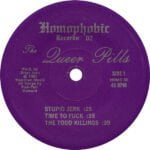 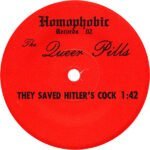 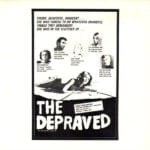 There is also compilation Punk Territory Vol. 3 – U.S. Hardcore 1981-84 and Killed By The Nazis – Punk Rarities 1977-83. And bootleg compilation is A Drink For Wolfram Wuttke (Trash’N’Cash).

Support the artists, buy records or merchandise of Queer Pills 🛒
These links are automatic generated links and may not always give the best search result. Sometimes you might need to refine the search after having tried any of these links. Some are affiliates and some are not. If you know about any good deal for The Depraved, don't hesitate to add a link in the comment field or in the forum.
Categories:
0 0 votes
Article Rating
Subscribe
Connect withD
Login
Connect withD
0 Comments
Inline Feedbacks
View all comments 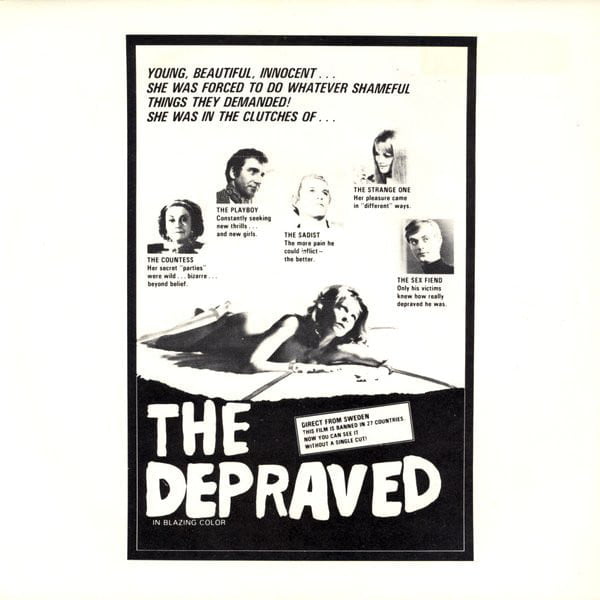