On releases (3 numbers or more)

Flying so low to the ground
Cynical view, the world gone wrong
Banished utopia laid to waste before its time
Heeds the worst case scene in his heathen ways
Got no use for a crutch
Solutions bring more questions to your mind
Answers never found

Slavin’ and wastin’ our time
Spinnin’ the wheel at the same old grind
Taken for granted, trodden and trampled
Fake smiles hiding rage
Jealous masquerade on crooked paths
Will my task be done
When the noose is hung before I die

A song dealing with political issues.

This one isn’t about popping pills. Quite the contrary, it’s a philosophy. Taking things raw, without a crutch, heeding “the worse case scene”. There’s also a politically charged bent to the lyrics. The “banished utopia laid to waste before its time” serves the purpose of having a bite at Uncle Sam. Riff-wise, there’s a little tidbit about the intro/outro worth mentioning. Rob Garven, the Cirith Ungol skinsman, said, upon receiving his copy of the S/T Falcon album, “It reminds me of Heart’s ‘Barracuda’. It wasn’t a conscious effort. Just something that occurred by chance. I’ve always felt it owes more to Pentagram (circa Day of Reckoning) and Quartz (think Stand Up and Fight) than anything else. Greg played the honky tonk piano synth in the solo section of this one.

The six songs we recorded in March with Andrew Sample on drums are nearly done. We did the basic tracks live—that’s the ONLY way to record Falcon—of course. A few overdubs to finish up, then it’s mixing time. The six tunes are: “Throwback”, “Downer,” “Everything There is To Know,” “Edge of a Knife” (Cirith Ungol), “Bad Scene” and “Johanna” (an Iggy & the Stooges cover). The reason behind doing “Throwback” and “Downer” again is ’cause Andrew and Darin play the tunes different than each other. So, we thought we’d give you a chance to hear what those sound like with Andrew drumming. 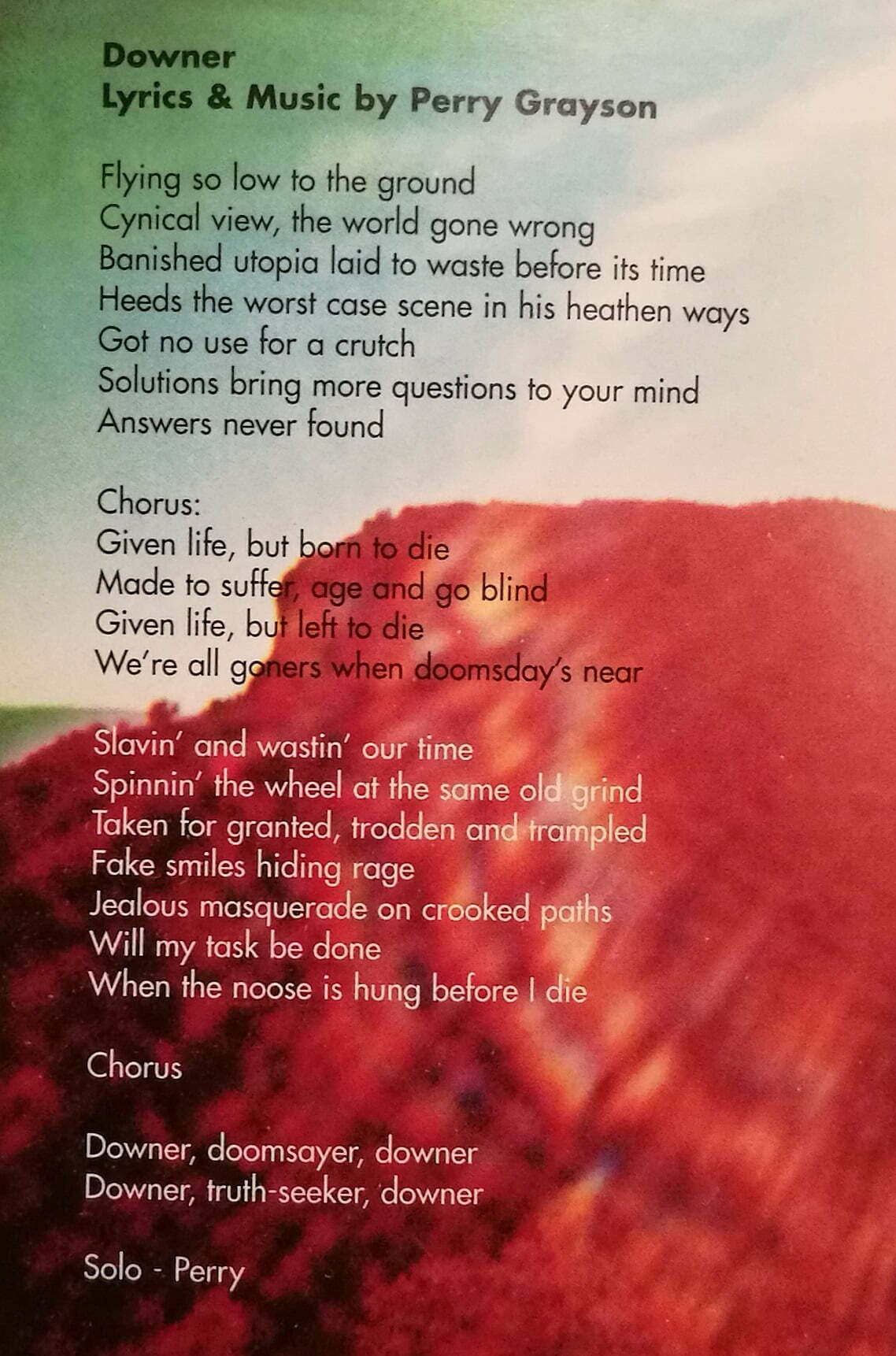