Michael Moorcock – Elric 3. The Weird of the White Wolf 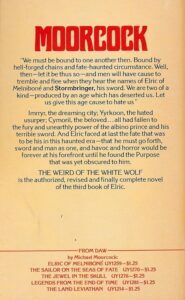 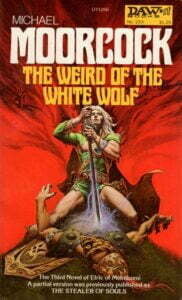 “We must be bound to one another then. Bound by
hell-forged chains and fate-haunted circumstance. Well,
then – let it be thus so – and men will have cause to
tremble and flee when they hear the names of Elric of
Melnibone and Stormbringer, his sword. We are two of a
kind – produced by an age which has deserted us. Let
us give this age cause to hate us.”

Imrryr, the dreaming city; Yyrkoon, the hated
usurper; Cymoril, the beloved… all had fallen to
the fury and unearthly power of the albino prince and his
terrible sword. And Elric faced at last the fate that was
to be his in this haunted era – that he must go forth,
sword and man as one, and havoc and horror would be
forever at his forefront until he found the Purpose
that was yet obscured to him.

THE WEIRD OF THE WHITE WOLF
is the authorized, revised and finally completed novel
of the third book of Elric.

While the Gods Laugh 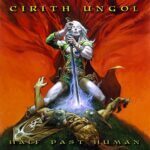 Support the artists, buy records or merchandise of Michael Moorcock – Elric 3. The Weird of the White Wolf


These links are automatic generated links and may not always give the best search result. Sometimes you might need to refine the search after having tried any of these links. Some are affiliates and some are not. If you know about any good deal for Michael Moorcock – Elric 3. The Weird of the White Wolf, don't hesitate to add a link in the comment field or in the forum. 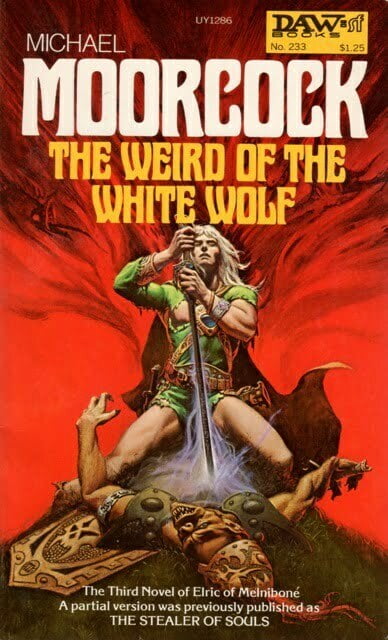 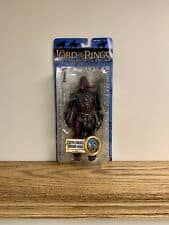 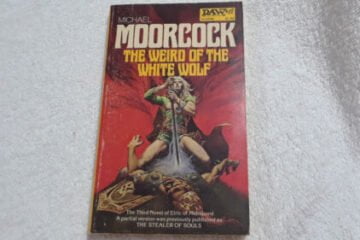